I’m going to the Warriors vs. Timberwolves game tonight because they are retiring the jersey of one of my favorite athletes of all time: Chris Mullin. I could drop the next five reasons for choosing the moral life and look to Mully for examples. He beat the odds in numerous ways. He was slow and many said he couldn’t jump. In a league that once made the cover of Sports Illustrated for the number of paternity suits against its members, Mullin has remained faithfully married to his wife Liz and they have four children. I believe his greatest personal achievement is staying sober. Maybe some of the good students from St. Theresa’s will see the ceremony themselves. Instead this is Part II of what they did see.

WHY Choose the moral life....Part II
6. Because of a “sixth sense”
Those of you who have a dog will understand this perfectly. Dogs seem to have a “sixth sense” about people. They can almost smell who is a kind, trustworthy, good person. To a certain degree, I believe we humans can too. The moral person reeks of (insert the virtue here).

7. You make those around you better
They are rare, but if you know a person like--one who makes those around them better--you won't forget them. Why? because their impact on a group is significant.

This happened seven years ago now, but I remember it like it was yesterday. I placed my students in their social justice project groups. As they began discussing what they already know about their topic, I told Bus that I needed to move him into another group. The students sitting with him screamed a collective “no!” and the group that got him raised their arms in victory. Why? Bus is the type of person who makes everyone better. Every one of his peers enjoys working with him. He is responsible, intelligent, funny and patient. He uses his talents for the good of the whole in a way few others do.

Ask any player in the NBA who they would want on their team and I guarantee there are certain individuals who may be talented but are not team players. Steve Nash however is aware of his own strengths and weaknesses and those of the other four men who play with him (I have written about this before). Anyone would want to play with Nash. He is a joy to watch for this reason, among many others.

8. Practice makes habit…
I watched the starting point guard of the SI boys’ basketball team during his warm up nail one three-point shot after another. I turned to the former athletic director Leo LaRocca and said “practice makes perfect.” “Expletive!” he replied. “Perfect practice makes perfect.” Wow, that’s a whole lot of pressure, I thought. But I know what he meant—perfection, goodness and virtue is not easily attained. No, it takes great effort and concentration of will.

Proverbs 24:16 says Though the just fall seven times, they rise again, but the wicked stumble from only one mishap. No one is perfect, but some are more honest, loving, generous, selfless, and overall virtuous than others. We become virtuous by doing virtuous deeds—when it’s easy and when it’s difficult, when others are looking and when they are not. The reward is not determined by the outcome but in the act itself. Like a successful tennis professional, the virtuous person plays a consistently good game.

9. You will sleep better at night…
Sleep recharges the mind and body. Athletes know how critical it is to get a good night’s sleep while training, the night before a race and to help the body recover after competition. On any given night however, a number of factors can determine the quality of sleep—body and room temperature, lighting, hormones, health and our conscience. The person who chooses the moral path is less likely to toss and turn about how to cover up, work around a lie, or create an alibi. The moral life isn’t always easy, but hopefully it gives you a few more zzz’s. 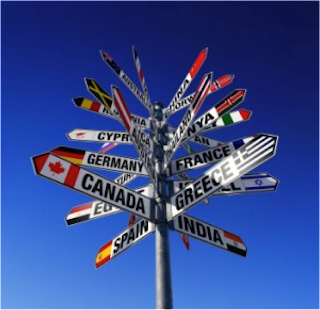 10. Oh the places you’ll go
Every year David Batstone founder and author of “Not for Sale: The Return of the Global Slave Trade--and How We Can Fight It” speaks to all juniors enrolled in the "Foundations of Ethics: Morality and Justice" course. After learning that there are more men and women bought and sold into slavery each year then during the transatlantic slave trade, he shares how he became an abolitionist. It started small; he was willing to help a friend in El Salvador. One “yes” led to another and what he found is God gave the increase. He didn’t need God to bless his work—it already was.

Choose a life of service to others, take the moral path and you’ll go to some unlikely places e.g. Romero Center in Camden, NJ or La Casa del Immigrante in Tijunana, MX. You’ll meet some unlikely people too; one or two of them may be Jesus.