Father Robert Walsh walked into the AP Government class and greeted a special guest speaker, San Francisco’s new Chief of Police, Greg Suhr. Chief Suhr, a 1976 graduate of St. Ignatius smiled at the Father President, and said, “I’m no longer the most important man in the room.”
Fr. Walsh said, “No, no, no Chief, you are.” I looked at the four stars on the chief’s collar. I thought about the magnitude of his responsibility and all that the patch on his uniform stands for and thought, their joking aside, Father Walsh is right. 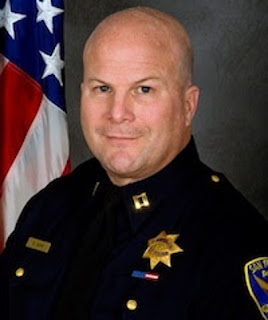 Students at Jesuit high schools throughout the country know they are called to be "men and women for and with others.” As we near graduation at SI, we are intentionally holding conversations between seniors and those in our society who are living out the Jesuit motto. His presence and his message served as evidence that this ideal had taken root and flourished in both his personal and professional life.

The young man asked to introduce the chief of police revealed that Chief Suhr is his father’s best friend and his sister’s Godfather. A proud product of Catholic schools, Chief Suhr heard several cheers when said he was a St. Brendan’s Bear. He noted both schools had a tremendous impact on him. “So many people helped me in both communities. I learned when you help people, they give back one-hundred fold. You always get it back.” 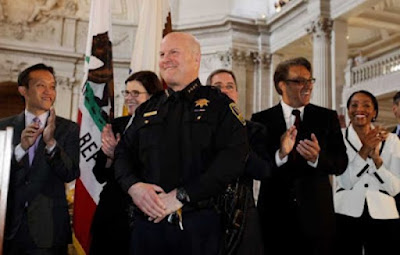 He played football at St. Ignatius and stood in the classroom of his former coach. He continued to play football at City College and asked the assembled crowd if anyone in the room plays rugby. (St. Ignatius does not have a rugby team. A small but vocal minority of students play in the Golden Gate Rugby league. Every year, I find out who these kids are because of their love for the sport and their commitment to the league. I’m glad they have it.)

Chief Suhr continued to talk about this rugby team, even though only one person in the room was a rugby player. I can talk about a sport as long as possible, but in all honesty, I wondered where his story was going. Yet, I’m sure many people feel the same way about their vocation—Where is it going? Where are they going?

Suhr said his team, the Castaways, was a band of brothers. This fraternity was so loyal to one another that after a very unlikely win, the team could not celebrate because one teammate was taking the San Francisco Police Academy entrance exam the next day. He needed to be rested and sharp. It was too important to take any risks and yet interestingly enough, this teammate asked Suhr and others if they wanted to take the test, too. Suhr knew a starting police officer made $25,000 a year and figured Why not? He must have done well because he received a call within the year to further the process. We could say the rest is SFPD history….

Chief Suhr’s message was a reminder to the students—do what you love. When you follow your passion, you are your best self. Rugby grounded Suhr in a community that he trusted and supported. Their unsuspecting win and a simple decision for the good of their teammate’s obligation became something they took on as their own. And in doing so, it became the seedbed for much more. It yielded an unlikely result! 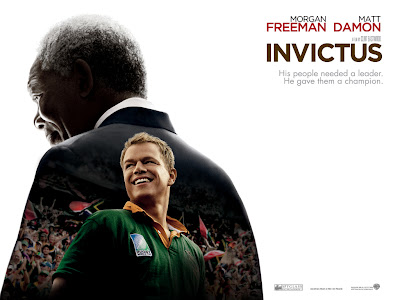 One of the more popular movies about rugby is “Invictus.” Its title is from the poem by the English poet, William Ernest Henley. The final stanza reads:

It matters not how strait the gate, How charged with punishments the scroll, I am the master of my fate: I am the captain of my soul.

Greg Suhr was captain of the Bayview station and today he is the captain of the SFPD captains—a position rife with city politics. Being that his position is temporary, it is difficult to say he is the master of his fate until the newly elected mayor is in office. If however, he lives by the motto of being a man for and with others, regardless of what will happen, he will remain the captain of his soul…no one can take that away from another person. And you might just figure that out doing something you love to do… playing rugby or working for the SFPD.
Photo Credits:
SF Chief of Police
New Chief
Invictus

Email ThisBlogThis!Share to TwitterShare to FacebookShare to Pinterest
Labels: Men and Women For and With Others, rugby, SFPD