Sports and Spirituality: More than Musings 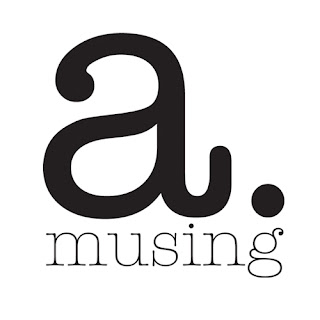 I'm always amused—and bemused—when people tell me about my job, most especially when they have never taught high school or coached a sport. Does this ever happen to you? I listen with enthusiasm, interest and an eyebrow raised to what these *sages of wisdom* have to say. They believe as a golf coach, I am a glorified van driver. I'm told, as a theology teacher, no one should ever fail, especially when all answers eventually boil down to three words: "God is love." I work from 8:00 to 3:00 and I am reminded, quite often, of my unending vacation time. Infrequently, I'm told what I do is something they would like to do later in life or after retirement. Others say "I could never do what you do!" I'm not sure if that's a good or bad thing—but I'll assume the best. I know I could never do what a brain surgeon, an NFL quarterback, a biochemical engineer or a terrorist does. I'll be sure to offer this insight to any of the above when I meet them next.

I've been a teacher and a coach for a long time now, so I'm ready for what I will hear. Recently, however, a friend told me about my blog and what I do as a blogger. I could not wait to hear her interpretation of this unpaid domain that I am fairly passionate about. In short, read my blog and I will extol your virtues from here to Tel Aviv. She quipped "your blog is basically your musings about your interests." It's true, I love sports and I love learning and reading about spirituality, but I hope what approximately 100 postings a year amounts to is more than a musing. I started to wonder: Do I need a mission statement? Is there any truth in what she said? And if there is, Is a blogger just a muser?
I didn't fret over her insight that long because I know why I blog. If one does not run, is he or she a runner? No. I once ran A lot. I no longer do; I am not a runner. I am however a writer—and a writer must write. Furthermore, the more a person writes, the easier it gets and hopefully...the better it gets! Much of what I have written in this blog was used in my book, Pray and Practice with Purpose: A Playbook for the Spiritual Development of Athletes. Other reflections have been used in talks to coaches and athletic directors throughout the country. I give a lot of my time, money, effort and attention to the domains of sport and of spirituality. The fruit of that reflection is what I bring to the keyboard in the format of a blog. I know I have another book to write. Writing a blog keeps me in the practice of moving toward that goal. And still, I do have sports musings and spiritual ones. These typically emanate as a response to what I hear on PTI or some other version of Sports Talk radio. They seldom if ever merit their own blog post, but now I have an opportunity to post them in this framework.

And so I thought to myself, if you want musings, you got them. Here are a few. Enjoy....|
You are probably familiar with the idea of First World Problems. A term that has its own definition in both the online and urban dictionaries
First World prob·lem: noun informal
1. a relatively trivial or minor problem or frustration (implying a contrast with serious problems such as those that may be experienced in the developing world).
"It's a First World problem, but still if you're staying at a 5-star resort you expect some decent service."
Sports is in no way immune to them. In fact, I have encountered my fair share including: 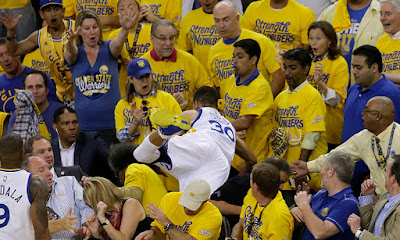 1. I hate it when NBA players run into me. Their sweat got all over me.
One of the unique components of basketball, on even the professional level, is just how close fans are to the action. However, for those lucky and wealthy enough to have courtside seats, you may have to bring a towel. Yes, from time to time a player may touch you and his sweat might drip on you. I'm sorry....sort of.

2. A friend gave me fifth-row seats behind the dugout to the San Francisco Giants game. My experience with the game was compromised by my impaired vision of the field.
In February 2018 Major League Baseball decided that all 30 of its teams would extend netting at their respective ballparks. The netting, which aims to protect fans in field level seats from low-flying foul balls and broken bats, stretches to at least the far end of each dugout, according to an MLB press release.

While this is a win for the safety of fans, e.g. a young girl was hospitalized after being hit by a 105 mph foul ball at Yankee Stadium, the closer you sit to the net, the more it affects the clarity of your vision. Maybe you can argue what's tougher to see through: behind the glass of box seats or the net from the fifth row.

I am not immune to my own First World Problem; no need to throw stones. Here's my rubble. 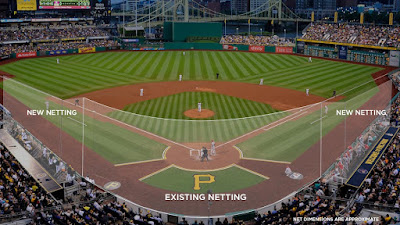 3. I hate playing golf at the Olympic Club when it's so windy.
Guilty. I've said that and I've meant it, but that statement is one I should be ashamed of offering. The Olympic Club has hosted numerous US Opens and is ranked consistently among the top 25 courses in the country. I love my club and I am proud of its robust tradition. Wind or not, give thanks. And remember there are no such things as weather conditions, just bad gear. Enjoy.

After Cubs closer Brandon Morrow injured his lower back by "taking off his pants," I was convinced this one was high on the list worst excuses by a baseball player. My friend Kevin and I use Jeff Kent's excuse of "washing his truck" as a euphemism for just about anything, let alone a reason for breaking one's reason. As fate would have it, there IS a list of the worst excuses, it is in dire need of an update. Instead, Mike Greenberg shared his own on this ESPN report.
The term "your boy."
I have a long list of athletes I adore. Some of my fan loyalty makes total and complete sense. Others devotions? Not so much. The term "your boy" is a term of endearment, one often used to describe the aforementioned group but it has now been overused. On PTI, I hear Michael Wilbon and Tony Kornheiser drop this term nearly 30 times per show. If any and everyone is "your boy" then no one is. It's too bad, I liked it...I liked using it. Too much of a good thing is not always a good thing.

I'll keep this list open. I hope to add to it. I invite you to do the same. Read the other blog postings with a different frame of reference...and go ahead and tell me about that, too.

Posted by Anne Stricherz at 2:30 PM