Serena Williams and the Role of Men in the #MeToo Movement

This morning, I was able to watch first round action of the French Open through....a treadmill of all things. Much to my delight, the Tennis Channel featured Serena Williams vs. Kristyna Pliskova. Most people probably made note of one of two things about this match. Williams returned to tennis for the first time since she took maternity leave and did so dressed like a superhero. That's right, Serena defeated the number 70 player in the world in straight sets, wearing a lycra bodysuit that she admitted "had been inspired by a Marvel movie." However, what struck me the most was something I rarely see when it comes to Serena. Sitting in her box were three men: her husband, her coach and her hitting partner. Their presence—a striking visual—got me to raise a question I would like for women and men to discuss. I believe it's one Serena would appreciate as well. What is the role of men in the lives of women? And what, if anything, is the role of men in the "#MeToo" movement? 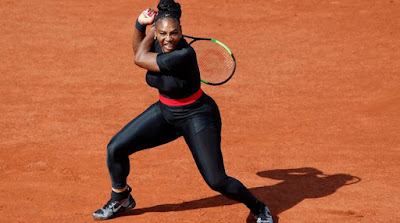 Williams has a legacy of strong women in her life. At most matches you will find them sitting together, offering their support in their presence and the relationship they share. I could easily write a treatise on the significance of each one of them. They're fascinating... strong women often are. Though none were in the stands today, you will typically see:

Her best friend, greatest opponent and older sister by just 15 months, Venus continued the legacy of Billie Jean King and fought for equal pay for women at Wimbledon. She succeeded! (If you want to learn more watch ESPN's Nine for IX:  Venus vs.) If she's not playing a match, she's either sitting in the box or getting ready to play Doubles' tennis with Serena.

Her agent: Jill Smoller is indeed a "Cornerstone of Serena Williams' Inner Circle" According to the ESPN-W piece, "the relationship between Williams and Smoller, a former player who now works for WME-IMG, runs far deeper than looking after the athlete's commercial interests. "Jill goes beyond the call of duty when it comes to being an agent. When I was in the hospital [with a blood clot on my lung], Jill was one of the first people I called," Williams has said. "She was there for me throughout that entire ordeal that shook up my life." She also joined Serena and her husband at the Royal Wedding of Meghan Markle and Prince Harry.
Her half-sister, Isha Price is a lawyer who often sits with their mother, Oracene. Though Richard Williams is largely touted as the madman/genius behind the success of his daughters, Venus and Serena, I have always believed that Oracene Price, their mother is the unsung hero. As written in "Ten Things You Ought to Know About Serena Williams Part 1"


Before they were born, Richard Williams devised a plan—one he committed to writing—outlining how his children would become the number one tennis players in the world. Much could be said about the plan, what is involved, etc, but one simple truth emerged from it. Although he worked with both Venus and Serena, Richard invested more of his time and energy into Venus’ game.

However, Serena’s mother, Oracene Price worked with Serena in a way Richard did not. This combination allowed her to develop a game that suits her athletic ability and her mental game.

There is no Serena Williams without Richard or without Venus, but I firmly believe the "x-factor" to her greatness is Oracene's vision, support, and encouragement. Serena took it from there...and she's still running...and winning.

Serena, who came into the 2018 French Open unranked won the first round match 7-6, 6-4. I have to admit, I was surprised she did. Pliskova, a lefty served 15 aces. However, Williams did what she has always done as the greatest female tennis player in the game: she made adjustments where necessary, played up her own strengths and aimed to minimize her opponent's. Mission accomplished. 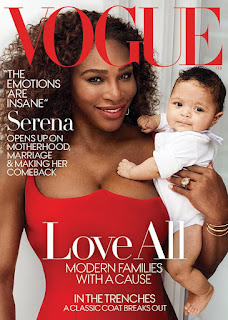 What a powerful example she is to women and to the world. Nine months after having a baby—a girl named Alexis Olympia Ohanian, Jr.— she has conditioned herself mentally and physically to return to Roland Garros and get the win. However, she hasn't done so with the support of women alone. No. Serena Williams doesn't get to Paris or to the winner's circle without the very men sitting in the box: Patrick Mouratoglou, Alexis Ohanian, and Jarmere Jenkins.

Her coach:While fans would not be surprised to see Mourtatoglou watching Serena, casual fans might not understand the impact he has had one her game. ESPN-W writes.

It was in the days after Williams' deeply disconcerting first-round defeat at the 2012 French Open, to an opponent ranked outside the top 100, that she made contact with Mouratoglou. Williams, who had remained in Paris, where she has an apartment, needed somewhere to train before that summer's Wimbledon. Mouratoglou invited her to practice at his academy outside the city, and the connection was made.

That connection has paid huge dividends. Mourtatoglou took Williams' games to new heights. Her success under his tutelage is an isotope that continues to trend upward. From what I have read, he pays as much attention to detail as she does. 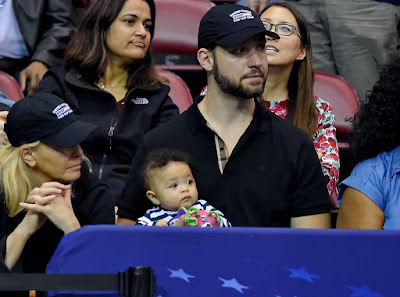 Her husband: Alexis and Serena Williams got married on November 16, 2017, in New Orleans, LA. From the Ted Talk: On Tennis, Love, and Motherhood with Gayle King, Serena admitted that her husband is a "bit of a nerd. Can't you tell he is super into technology?" She added that he is loving, kind and considerate; he makes her very happy.

Not to be crass, but I have often wondered who has a greater net worth? I'm honestly not sure who does. Regardless, he plays an important role in this new phase of her life and her career.

Her hitting partner: An important player in "Team Serena" is the man who serves as her hitting partner, Jarmere Jackson. For eight years, she worked with Sascha Bajin, who became such an integral part of Williams' life that he also acted as her confidant and bodyguard. In fact, she came to describe him as "family." Today, Williams works with Jackson, who led the Cavaliers of the University of Virginia to their first tennis national championship in 2013. The 27-year-old Jenkins, a former UVA standout, won singles, doubles and team titles in his college playing days before turning professional. He won his first pro event in 2013 before retiring from ATP play in mid-2017. His brother is the hitting partner for Venus. 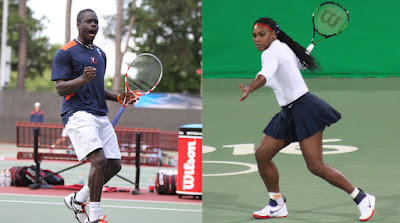 One doesn't hear about this role often, but when it comes to athletics, women have an advantage that men do not. Ironically, their advance is through men. Players like Venus and Serena would not be able to find another female player who is bigger, faster or stronger than they are. However, by hitting with a male playing partner, they do. Male players like Federer or Nadal are forced to hire men that are younger and fitter. They can't provide the same challenge that a "better" player might, but it's something.

This training technique isn't uncommon in sports like women's basketball; the Notre Dame women's team has a practice squad that consists of male players—all of who played varsity hoops in high school—and know the game. They often play the role of the opposing team, mimicking plays and defenses that the Irish anticipate in the next game. 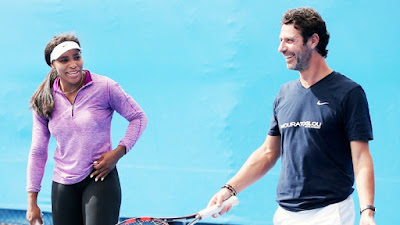 So where does that take us in settling the tragedy, the violation, the struggles and pain that launched the #MeToo campaign? A male friend responded by saying "the role of men is to listen, support and offer their gifts as necessary." That's a good start. Worth discussing more....

Photo Credits
Coach M
Posted by Anne Stricherz at 12:07 AM