A Case for the Single Story: Thank you Delanie Walker

I'd like you to consider something that I guarantee no other educator I work with is seeking to promote. However, I believe it can be an effective teaching tool. Rather than divide us, I think it might unite our community in committing to doing certain things right. It's the single story. 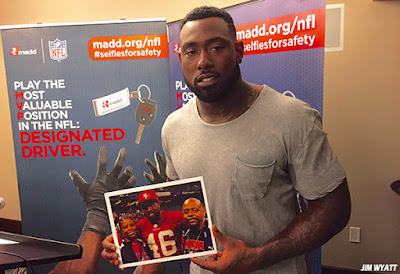 I was reminded of the single story as my sophomores prepared for their retreat—an "urban plunge"/day of service at St. Anthony's Foundation in San Francisco. Our campus ministry team wanted students to enter into the experience of serving the poor and needy of the Tenderloin without blinders. To do so, they showed a TED Talk I hope you have seen. The website Ethos3.com describes it well.


One of the most popular “must watch” TED talks that appears on nearly every list out there is Chimamanda Ngozi Adichie’s “The Danger of a Single Story.” Combing humor and a fresh cultural perspective that many of us have not had the privilege to hear, she broadens our world in under 20 minutes and delivers a beautiful talk that still motivates viewers today.

It was about what happens when complex human beings and situations are reduced to a single narrative: when Africans, for example, are treated solely as pitiable poor, starving victims with flies on their faces. Her point was that each individual life contains a heterogeneous compilation of stories. If you reduce people to one, you’re taking away their humanity.

Chimamanda Ngozi Adichie is a wonderful storyteller and an effective teacher; my students truly "get it." I know that because after our two-day retreat, they reference the notion of the singly story quite readily. They own their part in the single stories they have carried and how their experience has opened their eyes to the complexities of people and place; our past and how we might live in the future.
With the "single story" in mind, I listened to a single story on my local sports talk radio station that I had not heard before. This story is one worth retelling at this time every year. It's one that I believe actually makes the case FOR a single story. It's the story of Delanie Walker and his aunt and uncle, two of his biggest fans who were killed by drunk drivers on February 6, 2013, the same day that Walker played in Super Bowl XLVII.

When I heard Walker share his story, I could not believe what I heard. How could that be? To think that in a 24-hour period an athlete could play on what is arguably the world's highest stage in front of two people you love, only to lose them....and the game in a short window of time was nearly inconceivable. The aunt who challenged her nephew to make it past the NFC Championship the year before because she wanted to go to New Orleans to see him win it all...to see that dream come true....and have it end so quickly, so violently. That is tragedy. 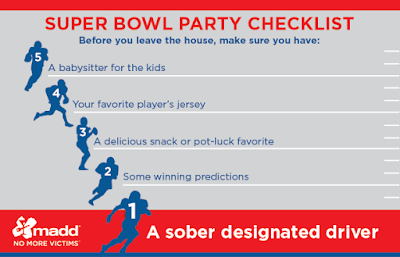 The LA Times refers to Super Bowl Sunday as the Super Bowl of drunk driving. Jerry Hirsch writes that "Your chance of being involved in a crash tied to drunk driving can be as much as double that of a normal Sunday in January or February, according to California safety officials and the Auto Club of Southern California." Crash data from the reports of a five-year span reveal that there was a 77% increase in alcohol-related crashes causing injury or death on Super Bowl Sunday.

"Super Bowl Sunday is the biggest one-day sporting event in the US and unfortunately one of the most dangerous days on California's roads and highways," state Insurance Commissioner Dave Jones said. "Every one of us has a responsibility to ensure we do not contribute to the problem by allowing a drunk or drugged driver to hit the road on Super Bowl Sunday."

If you know one story about Delanie Walker, you might make the decision to not drink and drive. If you remember the single story of Walker on Super Bowl Sunday, you might consider calling a cab, Uber or Lyft. If you respect the single story that the tight end, who now plays for the Tennessee Titans wants to share you would know he's disappointed in the woman who made the decision to drive and drive AND he's disappointed in her friends for not stepping in to help her make a better choice.
Walker is using his platform and his voice to draw awareness and send reminders about the choice we have when it comes to drinking and driving responsibly. He has teamed up with Tostitos. USA Today writes,

the company will be giving out 25,000 $10 Uber discounts to those who purchase any of its chips between now and the Super Bowl as part of its effort to make sure people get home safely.

The codes, which will work for both new and existing Uber users, can be activated by typing in the last five digits of the bag of chips' UPC barcode after the score's in for Patriots vs. Falcons.

I appreciate how Delanie Walker shares his single story. He couples responsibility with community. He names that we have choices and we have the power to make good ones; we ought to help one another do that. He urges other athletes in the NFL to take advantage of the $300 stipend given by the league for car service. He recognizes that players are proud of their vehicles and the temptation to show them off at a party—but that it may come with a cost. His story isn't heavy; there is no pity involved. Rather, Walker urges fans, players and all those who want to party this coming Sunday to do so responsibly. He's handing others the keys to do so. There's no danger in this story. Thank you Delanie.

In memory of Alice "Peaches" and Bryan Young.