If shoes could talk... Considering the pathways they have tread, the locales they have encountered, the places they have been taken off and where they are needed to be put on, I would like to hear their stories—especially those involving sports and spirituality.

While social scientists will say shoes are a reflection of our personality, I would like to underscore that they are an extension of our humanity. For example, one of the more poignantly painful exhibits at the United States Holocaust Memorial Museum in Washington DC is a large room full of shoes. Just shoes. It's hard not to think of the men, women and children who removed them before they walked to their fiery grave. It's one thing to see the numbers of those who were killed and another to see their own shoes left behind. 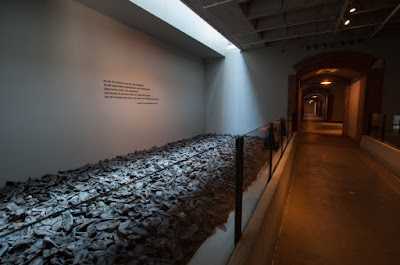 I saw Bruce Springsteen play for the 23rd time this past March. A regular to the General Admission section, I decided to wear my running shoes to a concert for the first time. I stood for nearly 4 hours, most of which was spent dancing and raising the "Badlands" fist in unison with the Boss. I wondered if wearing these shoes was a sign of my age or my wisdom.

One of my favorite songs on "The River Tour," somewhat to my surprise is "Drive All Night." Springsteen weaves a powerfully haunting story of love lost through poetic lyrics and Jake Clemons commands the saxophone to speak what words do not. God it's good. Listen here.
The line that stands out to me—to most anyone—is when the The Boss sings,

I would drive all night...just to buy you some shoes.

His voice, his body language, the raw emotion make me you believe he would drive all night...but to buy some shoes? It's not intended to be a mystery. In fact, it's as real as it gets.

I love shoes like many women do, but I don't have what some deem to be "a collection" of them. I don't have any that are super impractical and I don't have any with red soles (or ones with diamonds sorry Paul Simon!) just yet. But, I have some good ones—really good ones—and even more stories that include shoes, sports and spirituality. Here are but a few...

A former co-worker and I would grab a beer after Baccalaureate Mass to share our highs and lows of the year. I miss you Bill! I must share this ritual with another colleague as I already know one of the highlights. It may sound shameless, but one them involves a compliment about my Nike Flyknit running shoes. 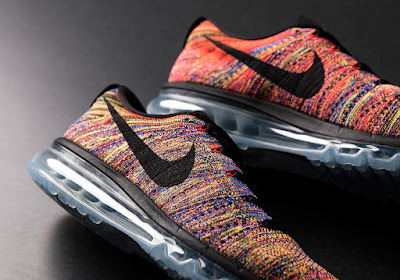 It was spirit week and we had free dress so I was wearing jeans and these new Nike running shoes, which I spent a lot money and effort to buy. Rather than rush out of the classroom at the end of class, three senior boys who had been conspiring for a few minutes surrounded me to let me know what was on their minds. "Ms Stricherz, your shoes are on point today." No stories of personal conversion, no deep connection to the curriculum or challenging questions, just a simple word of praise about my shoes. That's a great day.

In fact, I like these shoes so much that when I read "Perfect Ending" a feature piece in Sports Illustrated about women's NCAA basketball champion Breanna Stewart, I'm not sure that if I met her, I wouldn't talk to her about shoes. (blog post on her coming soon)

She wrote "away from basketball, I like to shop for shoes. I probably own hundreds. There's a pair that I just got, and I love them so much that I don't know if I will ever wear them." Never mind the fact that no other athlete has ever done what she did: win four straight national championships, I want to know why she wouldn't wear those shoes. I feel connected to her in sports and in shoes; that's as human as it gets. 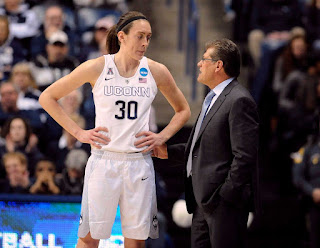 In the TIME Magazine article "What Your Shoes Say About You," Alexandra Sifferlin writes,


Strangers can tell a lot about you, just by checking out your footwear — at least according to researchers from the University of Kansas and Wellesley College.

Reading that report reminded me of the first time I met someone a good friend. Along with his older brother, we went to New Orleans' Jazz Fest. He was wearing Stan Smiths LONG before they came back as cool once again. In the same way that Red speaks of Andy Dufrense in the Shawshank Redemption, "it's safe to say I liked Mike [sic] from the start." I got to see Mike in 2010 after diagnosis of my heart condition; I knew my time with running was limited...but I had a new sport, golf. Mike gave me good advice that I still think about today: "leave your sticks but always pack golf shoes." I was headed on a trip where I knew I would play 18 holes, but I wasn't sure what to bring. His words reminded me that there's a turning point for casual participants/amateur athletes. When you make that purchase for sport specific shoes, a page has been turned. And when you travel with them, it's game time. 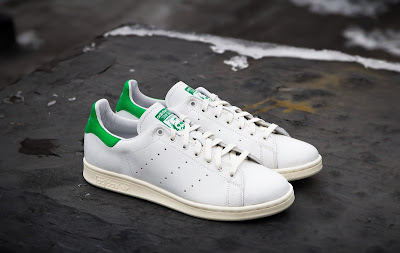 Our shoes carry hundreds of stories, simply because we do. And my guess is more of them are spiritual than we realize. I can't help but think back to one as written in "Love Begets Love: Thank you Matt Kemp" about former LA Dodger/Giants killer Matt Kemp who met a Joshua Jones, a boy with an inoperable brain tumor at AT&T park. Kemp learned that he was this young man's favorite player and heard of his illness. After the game, Kemp came to give him an autographed baseball, words of encouragement and prayers. But in their meeting, he gave much more: he handed him his batting glove, his baseball cap, his jersey...and then all that he had left to give: his cleats.

Perhaps this is what Springsteen means when he says he would drive all night, just to buy you some shoes. It's speaking to the idea that love asks us to give everything we got. Sports and spirituality isn't much different.