Sitting in Peet's coffee, it was hard to concentrate on writing given the volume of the conversation between two men sitting next to me. They were discussing their plans for the weekend, as the Super Bowl and the whirlwind of festivities that accompany it are in the Bay Area. Anyone can visit Super Bowl City at no cost. For $35, an adult can attend the NFL experience.  Celebrities abound. At my golf club, members identified Roger Gooddell, John Elway, Maroon Five and my favorite, Bo Jackson on the course. Because Levi's Stadium, is 48 miles from San Francisco, it feels as though the larger Bay Area and not just "the City" is hosting "50." Even though I wanted those two men to stop talking, or at least turn it down, what I heard prompted an interesting realization: familiarity with sports can help us understand Scripture. Usually the faithful read and pray with the Word to illuminate other areas of our life, but in this case, I realized what else might be true.

"Really?! he replied. "I  could have sworn it was going to take place on Saturday evening."

I couldn't believe what I just heard. I thought to myself you've got to be the only person who thinks that way. This man wasn't foreign born (meaning, that American football might be unfamiliar to him). He wasn't that old that he grew up before the first Super Bowl or that young that he wouldn't know what football is or its popularity in American culture.

I even told my students because I thought it was so funny and someone said in response, the NFL owns Sunday—isn't that a line from the movie "Concussion?" The Church used to own Sunday, and now the NFL does. It's true.

I responded by saying "he's got to be the only person in the Bay Area that thinks this way" and then I realized, I've heard those words before...my words...my response. They aren't much different than the words of Cleopas, a disciple of Jesus. 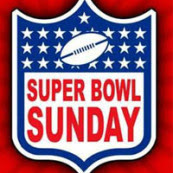 "The Road to Emmaus," one of my favorite stories in the Gospel, refers to one of the appearances of Jesus after his crucifixion and the discovery of his empty tomb. In Luke's Gospel, we learn that what occurred was "the talk of the town" and had social, political and emotional implications—big ones. It says:


Now that very day two of them were going to a village seven miles from Jerusalem called Emmaus, and they were conversing about all the things that had occurred.

And it happened that while they were conversing and debating, Jesus himself drew near and walked with them, but their eyes were prevented from recognizing him.

He asked them, “What are you discussing as you walk along?” They stopped, looking downcast.One of them, named Cleopas, said to him in reply, “Are you the only visitor to Jerusalem who does not know of the things that have taken place there in these days?”

And he replied to them, “What sort of things?”

They said to him, “The things that happened to Jesus the Nazarene, who was a prophet mighty in deed and word before God and all the people, how our chief priests and rulers both handed him over to a sentence of death and crucified him.

I never want to forget that Jesus Chris was a real person who lived, breathed, walked and died. His life generates controversy and conversation; his death even more. What transpired at Golgotha was big—so big—that there was a sense among those in the community that it was on the forefront of everyone's hearts and minds.

Super Bowl Sunday doesn't feel that much different. At Mass this morning. several people in the congregation were dressed in orange and navy Bronco ware. At the grocery store, folks were stocking up last minute party snacks and drinks. It's hard not to know what will take place later today.

As we prepare for Lent, let us take time to realize that what we will celebrate in the next 40 days and the 50 thereafter is more than worth talking about.