When I look at this photo, two things stand out to me: Blue Devil blue and AMDG. Even though those images are placed as the far right of the photo, that's not how I see it. That's because the man in the center, Scott Lamson, embodies both.

Today, Lamson '10 spoke to all three basketball programs at his alma mater, St. Ignatius College Prep in San Francisco. Ever since I interviewed him for a profile piece in our alumni magazine, Genesis, I have wanted him to speak to students. Read his story and you won't ask why. Fortunately for over 50 young men, our three athletic directors and five coaches, today was the day! Without notes, a powerpoint, any bells and whistles, he simply shared who he is and what he learned serving as a men's basketball manager at his other alma mater, Duke University.

Scott dreamt of attending Duke at an early age. He reinforced the message that these young men hear all the time. You have to make sacrifices and work hard to achieve your dreams. But what happens when you achieve the goal you set? Where do you take it from there?

Lamson applied to be a manager for the men's basketball program. He was one of hundreds of applicants. Why would he stand out among the others? One reason might be because he was a member of the Semper Fi club—a  group that according to their website "provides immediate financial assistance and lifetime support to post 9/11 wounded, critically ill and injured members of all branches of the U.S. Armed Forces, and their families, ensuring that they have the resources they need during their recovery and transition back to their communities." 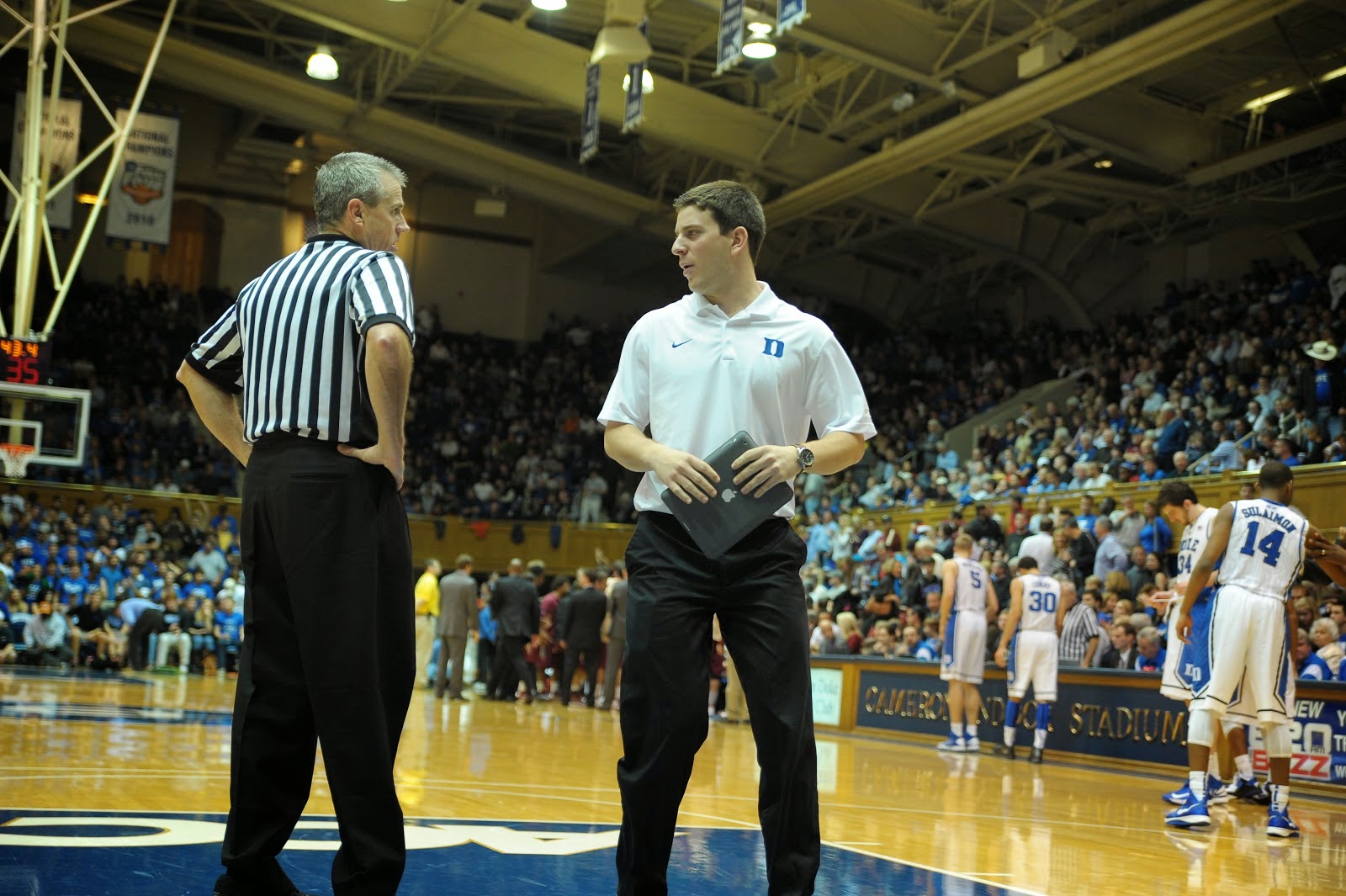 Coach Krzyzewksi is a Westpoint graduate and many of his staff members were involved in ROTC.  Their system is tremendously disciplined, with a near militaristic feel to it. He said, "I think they saw my leadership with Semper Fi as a good fit for the program and my commitment differentiated me from the other applicants."

That is evident in not only the way practice and game day is run, but also in the appearance Coach K expects from his team. Players and managers must have short hair and be clean shaven. No one is allowed to wear a baseball hat inside a building. It was great to hear that others value some of the standards that we do. Teens often question why those things matter; I would like them to ask Coach K instead of me sometime....

You learn quite a bit from a man who has over 1,000 wins. And anyone who is familiar with Coach K won't be surprised to read the three ideals of his leadership that Scott said "will stay with me forever."

1. The importance of preparation.
2. The notion of collective responsibility.
3. Get on the right bus.

I thought it was great for these young men to hear what Coach K holds everyone to high expectations. If practice starts at 3:00 p.m. guys are already at the gym, stretching and even shooting by 2:30 p.m. Preparation. 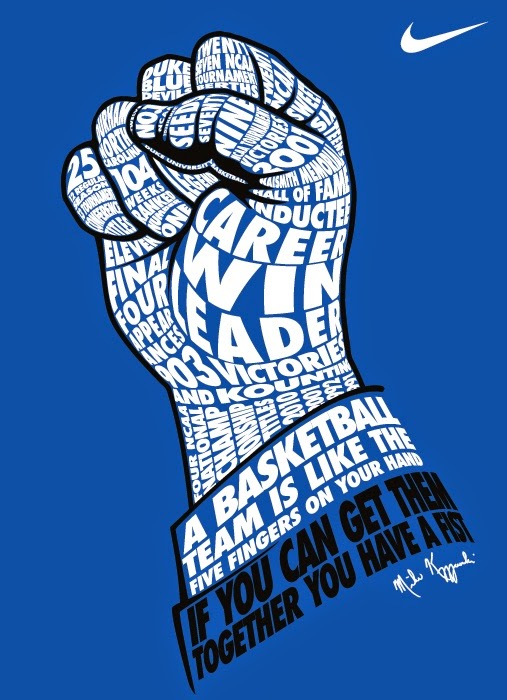 Despite the legends he has met, the players he has assisted and the coaches he has encountered; Scott remained very humble about his experience.  He conceded that a lot of the work was the furthest thing from glamorous and the hours could be tirelessly long. But, a highlight was helping one athlete who committed to improving his free throw percentage. As a manager, Scott rebounded for him...for an hour...every practice...for the remainder of the season. The hard work paid off. He said "he improved from in the 40% range to the 70% range. It's still not great, but that was a big improvement for him and for our team. I took a lot of satisfaction knowing I had a hand in that." Collective Responsibility.

For teens, in particular, it is critically important to surround yourself by good people. As I've written before, I think it's important for everyone to consider who they "keep close." It is, after all, a choice. It might be one of the more important ones we make.  Being with Scott today, from his arrival to his departure on campus, I was given a special insight into the fact that he is a man that forged a unique, inspiring, interesting and meaningful path because he "kept close" to good people while a student at St. Ignatius. The embraces from his former coaches were so strong. The mutual respect and care for one another was palpable. His teachers and our principal held warm regard and affection for who is and what he's become. Clearly, he got on the right bus.

To me, AMDG Ad Majorem Dei Gloriam: for the greater glory of God is being all that God created you to be. We are each endowed with unique talents, gifts and abilities; when we use them to the best of our ability, we honor our families, teachers, friends, ourselves and even our Creator. But it doesn't end there. When we put a light on those gifts and abilities so that others can learn from or benefit from them, we are building God's kingdom. No time for anything less. Thank you Scott!