Why I Don't Read Fiction: I Don't Need To

I don't read fiction. I know why people do. The story can go where you want it to go. Imagination should never be underestimated, but, I don't see the point of reading or writing fiction when there's so much good stuff out there that really happened. One of my colleagues, a theologian and historian who loves to tell stories—real ones—says "I can't make this stuff up!" Guess what! He doesn't have to. Non-fiction can be that good.

Sports is a showcase for non-fiction. You may wonder about many of the legends that accompany our sports world. But I stand by my claim. Most fiction is, after all, based in non-fiction. The author, the witness, the athlete gets to add details of their pleasing. Maybe the end has changed, but with this posting, I would like to offer five examples of sports as non-fiction. Events and occurrences so unique, that my only response is similar to those of my co-worker. I can't make them up!  Enjoy
1. Joe Montana's first football game
In his book "the Score Takes Care of Itself" Bill Walsh revealed something I never would have guessed about Joe Cool. Walsh leads with biographic information and writes "Quarterback Joe Montana's historic career included four Super Bowl championships and three Super Bowl MVP awards and was due in large part to the fact that in addition to having talent he was a natural-born leader."

Although such accolades are remarkable, what I find hard to believe is that "this superb player (by way of Pennsylvania's Ringgold High School and the University of Notre Dame) was a guy who never saw a professional game in person until he played in one."

I once thought it was impressive/unusual that I attended Notre Dame sight unseen. Perhaps the truth about #16 is just as much a reflection of the era as my story is—both would rarely if ever happen today, but it's incredible nonetheless.
2. Derek Jeter is Mr. November
To most Yankee fans, he's known as "The Captain" but the story behind how and why Derek Jeter is also known as "Mr. November" is compelling.

In the wake of the 9/11 tragedy, many New Yorkers found Yankee Stadium as a necessary place to mourn, come together, remember and find comfort. Others found post-season baseball to be a welcome distraction. Such is the tale of one of my favorite documentaries "Nine Innings From Ground Zero."

It chronicles how The Bronx Bombers defeated both the Moneyball Oakland A's and the Seattle Mariners, to play the Arizona Diamondbacks in the World Series. Although the Yankees lost the first two games in Arizona, they returned to the Big Apple for games 3-5 and they did not disappoint. 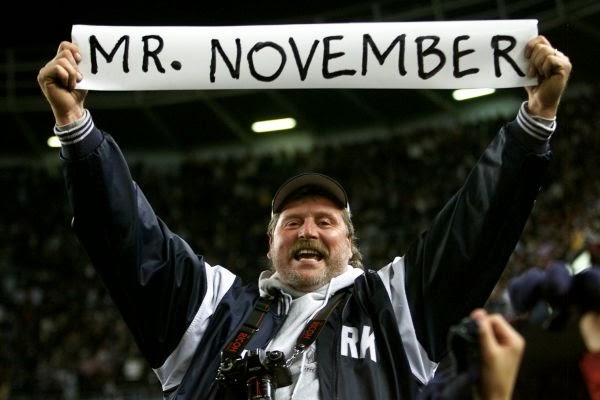 In game 4, the Yankees managed to take the game into extra innings. With the score still tied, Shortstop Derek Jeter came to the plate at the bottom of the 11th inning. Baseball fans know the Yankees already had a "Mr. October" in Reggie Jackson, and yet the unimaginable was nigh. The clock struck midnight and moments later, "Captain Clutch" sends it deep. The walk off home run. The game began on Wednesday, October 31 but it concluded in the early hours of November 1. Suddenly, a new legend was christened; "Mr. November" was born. Easy to like Derek Jeter, but not always the New York Yankees. Regardless of one's allegiance, biases, etc, it's hard not to recognize something special happened.

3. The Williams Sisters
I have written about Venus and Serena many times and every time I return to the same question. Why isn't there more talk about them? Knowing Serena, she would agree. She said, "Two black girls from Compton were probably not supposed to play tennis let alone be any good at it." Tennis is far from an inner-city sport; and although it's globally diverse, Americans who play the sport are infrequently people of color.

Her father Richard coached Venus and Serena from a young age, using revolutionary ideas that changed the game. Before they were born he developed a 78 page plan to make them number one in the world. What's crazier? His plan? or that he succeeded, no, that they succeeded.
Venus admits "he told me I would be number one in the world. I was brainwashed." Venus, the 6'1" beautiful older sister by 15 months to Serena truly loves the game. Although she has a rare auto-immune disease, she is still on the circuit and hopes to continue after her singles career to play doubles with her younger sister.

The family left Compton to enroll the girls in Rick Macci's tennis academy in West Palm Beach.  After watching Venus hit, Macci said to Richard Williams "I think you have the next Michael Jordan." Williams replied, "No brother man, I've got the next two." Who says that? Who does that? The Williams do.

What are the odds that two sisters could choose the same profession, let alone dominate it? These are real questions, not fictional ones they raise for us.

4. The Sheer Athleticism of Bo Jackson. 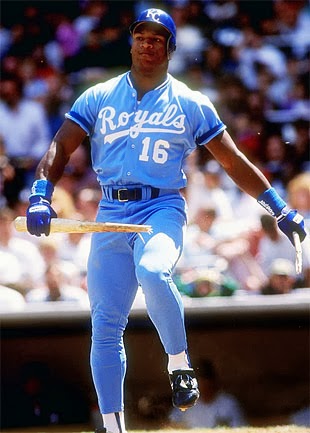 Seeing is believing; the Apostle Thomas, asked for nothing different. If you need the proof, ESPN's "30 for 30: You Don't Know Bo" provides ample evidence of Jackson's athletic genius and then some. The 51st winner of the Heisman trophy played both professional football and baseball, claiming the latter was a hobby. In the video a number of his former coaches affirm his raw talent.

As written in Bo Knows Best,"We had an outdoor party at a lake after we won the county championship," says Terry Brasseale, Bo's baseball coach at McAdory High School. "Bo's just out there in water up to his waist. All of a sudden, he jumps up, does a backflip out of the water, and lands on his feet. I said to my girlfriend, 'Did you see that?' " I'm here to say I wish I had.

He can shoot a bow and arrow with his feet. Was that a man or a grasshopper who climbed at a 90 degree angle to the outfield wall to make a catch? As a Kansas City Royal, Jackson broke a Louisville slugger over his knee and over his batting helmet. I never thought a baseball bat looked like a tooth pick until Vincent "Bo" Jackson picked one up. And the worst part of his story is that overnight, our comic book hero was gone.....No one would dare make that up.

In the spirit of the Winter Olympics, I would be remiss if I did not mention one of the more unusual and unbelievable stories in athletics and sports rivalries. Captured in "ESPN's 30 for 30: The Price of Gold," even all these years later, it's hard to believe what went down between "tough Tonya" and "Why me? Nancy."

Although the saga was 20 years ago, I found myself asking questions about the sport of iceskating that are as relevant today as they were then. How corrupt is the sport (with regard to judging)? Why do we expect a "Barbie Doll" appearance from these athletes? What happens when they break our mold? And what is the "price of gold?" What will we pay to win it all? 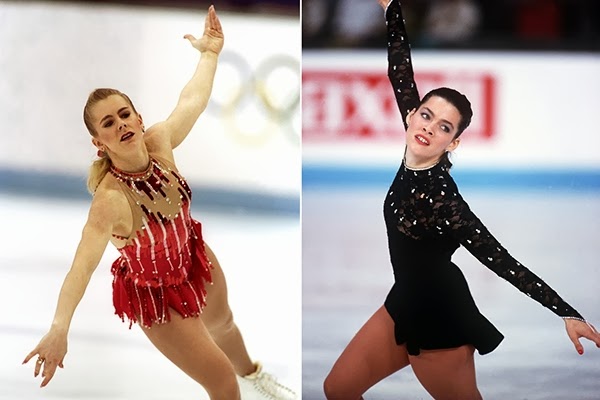 Sports as non-fiction presents us with tough questions, great memories, incredible sights and more. And what we see and experience is real. It's humanity and its best and its worst.

In "Tattoos on the Heart: The Power of Boundless Compassion," priest and prophet Greg Boyle shares why he believes God made us. The answer? "Because God thought we would enjoy it." Athletics, sports story and history point to this truth. Enjoy and delight....nothing more. Amen.