A very close friend recently shared with me that her daughter has decided to join the middle school cross country team.  In a text message she wrote, "They run in the summer on Friday nights for conditioning.  Any tips coach?"
There are so many things I love about her message.

First...that she asked for tips /advice.  Coaching cross country is an art form.  Learning how to be a coach, let alone a good one takes time.  The same is true for becoming a cross country runner.  Because everyone knows how to run, there's a sense that the fittest person with the most stamina wins the race.  They assume the best coach is the one who runs their athletes the hardest; or, the one who is organized and pushes for longer, harder and faster.  The truth of the matter is  there is a method to the madness of running this long distance sport. Runner and athlete should know that humility, respect and optimism are good things to bring to a start line. 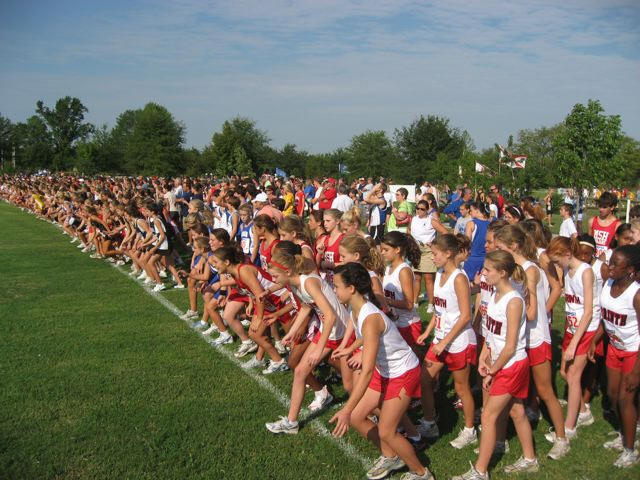 Second...that she will come to the sport by way of summer running.  Every XC coach knows success during the season is contingent on three things: June, July and August. The fact that this middle school program will condition its runners before it puts them to the line in the fall is wonderful.  Conditioning is light and fun, yet challenging and rewarding.  The real workouts will begin when the season does; this will welcome Riley  and other girls into the fold with ease and grace.

Third...that her daughter has decided to participate in a great sport.  Cross country is hard and it's no glory.  It's also intensely team oriented, though individual.  Her daughter is going to learn so much about herself and her friends.  I believe Pope Francis would agree. 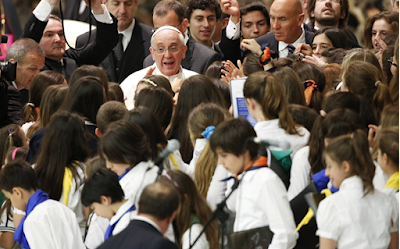 On June 7, 2013  NCR reported "Pope Francis ditched a 1,250-word prepared speech to students saying it would be "a tad boring" to read out loud and opted instead to just quickly hit the high points and spend the rest of the time answering people's questions.
In his speech, he told them "the journey of life "is an art" that isn't easy because it requires juggling the need to move forward with the importance of taking time to reflect.
"If we walk too quickly, we'll get tired and won't be able to reach our destination," yet if we stop or take our time, "we won't get there either." Life's journey "is truly the art of looking at the horizon, reflecting on where I want to go, but also putting up with the fatigue from this journey," he said.
"Don't be afraid of failure," he said. The problem with the journey of life and faith isn't falling; it's not getting back up.
"Get right back up immediately and keep going," he said.
Don't embark on this journey alone, either, he said, because that would be "awful and boring." Go as a "community with friends and people who care about you very much because that will help us get to our destination," he said.
I read his words and thought to myself, Did he coach cross country? 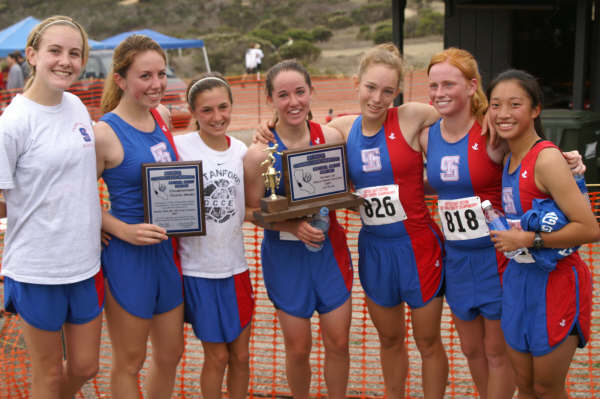 Cross country runners know that you cannot run the first mile too quickly.  If you do, the second and third will be miserable.  Learning how to pace yourself, how to lead and to follow, when to make a move and when to hold steady is running strategy.

XC runners also know how to put up with fatigue from the journey.  "Our sport is your sport's punishment" is a popular adage on cross country t-shirts.  The fatigue is implied!
Every race has one winner.  Does that mean that every runner who completes the race has failed?  No. Runners strive for a PR for a reason--a "personal record" can help your team win and is the standard by which every runner aims to improve.

Runners fall.  In "Running for Jim" Jennie Callan on the University High School cross country team fell at the beginning of the California state championship meet.  If she had not gotten back up, her team would not have clinched.

Cross country would be awful and boring if it weren't for the stories runners share, the games we have played, the songs we have sung.  Runners get through hard workouts, over steep hills and dusty, dirty trails because of their teammates and coaches--people who care about them, who love them and share something very special--the joy of running. 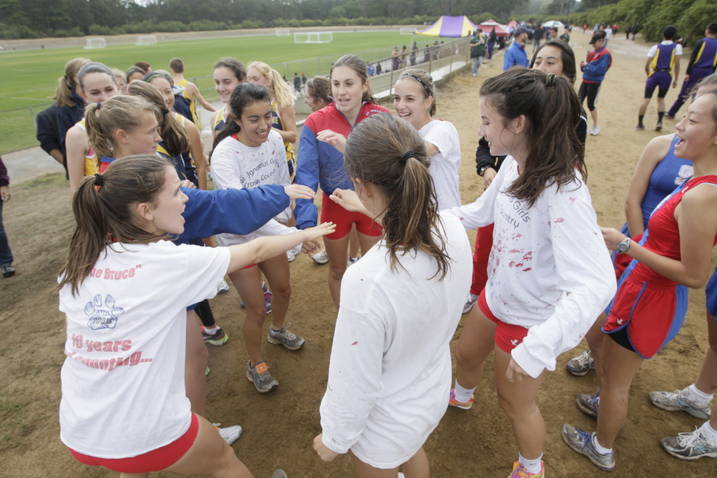 Pope Francis is on to something....whether he intended for it to be applied to a sport I've coached for 10 years now, or not.  I hope that Riley and every other young person new to running finds truth in the sport and the pursuit of their very best.