Variety may be the spice of life, but so are novelty foods and beverages!  When my friend shared a spoonful of chocolate coconut peanut butter--novelty food extraordinaire, I didn't know what to do but put it on my semi-bland pumpkin muffin.  Suddenly, my breakfast was transformed.  I looked at her and said "it's a game changer."  She smiled because she knew exactly what I meant... 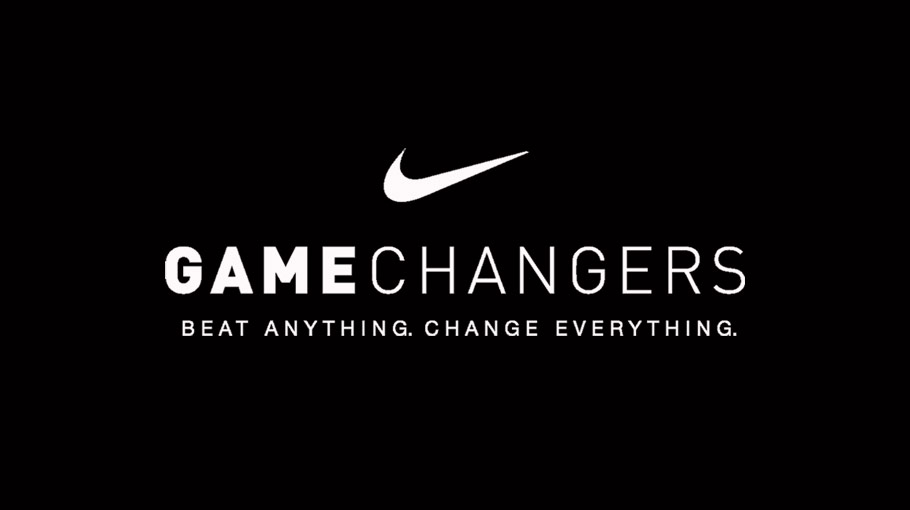 Game changers wake us up.  They see and do things in a new way.  As the risk of being overly redundant, they change the game (no!).  We recognize their true impact over the course of time, but it's safe to say we can also recognize them in the here and now.

Sports is the domain where we first called this term, and they are rich with examples--male and female, across the board.  The first one that comes to mind (good, bad or otherwise) for me is Tiger Woods.  His commitment to weight lifting and physical fitness wasn't just for an issue of Men's Health. His game was different because of his discipline. Consequently, golf has become more respected as a game that holds much more than the mental stamina.  The physical demands are real. 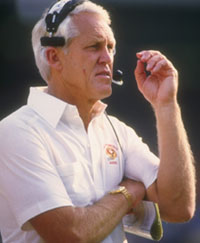 I encourage you to name your favorite game changer-- Is it Forty Niner coach Bill Walsh with his "west coast offense?" Dick Fosbury for the high jump? or Billie Jean King for tennis? Some folks may be given more credit than deserved e.g. Notre Dame football coach Knute Rockne didn't invent the forward pass, but he certainly popularized it,  being among the first in football, running a major program (and succeeding with it).  Regardless, the notion of a "game changer" invites dialogue and debate, reflection and respect.

And it seems that the Catholic church has a "game changer" at its helm.  Jorge Mario Bergoglio has been Pope Francis for less than a month, and every day I hear new stories, watch different video clips of the Holy Father doing what few popes have done (taking the bus home on the evening of his appointment as the 265th predecessor of St. Peter) and now going where few popes have gone before. 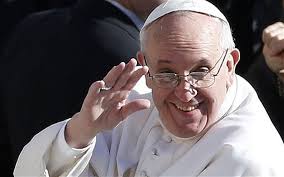 And this is literally true as I came to learn this morning from Catholic On-line "On Holy Thursday, 28 March, the Holy Father Francis will celebrate the Chrism Mass in St. Peter's Basilica in the morning and then, at 5:30pm in the afternoon, will go to celebrate the Mass of the Lord's Supper at the Casal del Marmo youth detention center instead of the Basilica of St. John Lateran, where it had been traditionally held in past years."

No Pope has ever said Holy Thursday mass in a prison before.  This gesture shouldn't be a surprise to those who are familiar with the demands of the Gospel.  In Matthew 25:35-36 Jesus lays out his demands to his disciples "For I was hungry and you gave me food, I was thirsty and you gave me drink, a stranger and you welcomed me, naked and you clothed me, ill and you cared for me, in prison and you visited me." 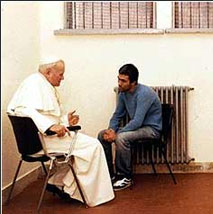 For those that know him, this gesture isn't a surprise either. "In his ministry as Archbishop of Buenos Aires, Cardinal Bergoglio used to celebrate the Mass in a prison or hospital or hospice for the poor and marginalized. With this celebration at Casal del Marmo, Pope Francis will continue his custom, which is characterized by its humble context."

But that's what "game changers" do.  They take what their tradition and area of expertise offers and make it better. They ask a new spin on what is getting done or at least needs to be.  Be it the leader of the Catholic church taking the tradition of visiting those in prison and doing it during our holiest week or supplementing an athletic feat with a new discipline or dimension, "game changers" show that the spirit is moving, it is alive and at work in our world and in one another.

Posted by Anne Stricherz at 9:13 AM