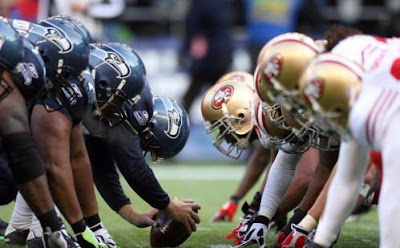 This Christmas my family headed north to Washington State where the 49ers happened to play the Seattle Seahawks on Christmas Eve. My brother, in town from Washington DC, could hardly believe his good fortune. A chance to see his team with my dad—what a gift! Considering that my entire family gathers on Christmas eve, my mom could not believe he entertained this thought. "How dare he?" she asked in disbelief while my dad replied “Sounds great to me!” 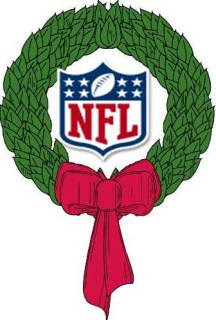 I know not everyone celebrates Christmas as a religious day but it has become a significant celebration of family and friends for most Americans. Most, not all, observe this holy day as a holiday. Yet many of our favorite athletes and coaches come to work at home or on the road. As much as I too consider an NFL or NBA game respite from some family drama at the holidays, I began to realize all those who work to make professional sports possible on Christmas aren’t able to be with their own families. I started to wonder: Should professional sports take a break over Christmas? And, are there other times of the year for religious or cultural reasons that we should press pause? I’m beginning to think the answer is “yes.”

Without a doubt, professional sports is big business. It would take a whole lot for “The Association” and others to decide to take a break, but it can be done. The NHL does, as no games are played on December 24 and 25. Good for them.

And it’s not just religious feasts or holy days that some organizations observe. For example, now that the BYU has joined the WCC Conference, league competition will no longer take place on Sundays. I found this an interesting change since seven of the nine members are Catholic schools. It took the religious discipline of the Mormons for Catholics to observe the Sabbath. Ouch. To its defense however, the WCAL (in the West Catholic Athletic League 9 of the 10 high schools are Catholic ) forbids practice or competition on Sundays. Part of me however wonders if it's for the sheer fact that did we not hold this restriction, coaches would practice seven days a week... 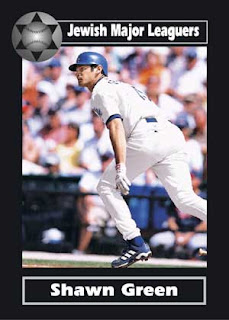 We know many athletes who have observed their faith tradition’s practices and holy days despite the team schedule. Many will recall Sandy Koufax’s decision to not pitch in Game 1 of the 1965 World Series because it fell on Yom Kippur, a Day of Atonement for Jews. Nearly forty years later, people wondered if first baseman/right fielder Shawn Green would follow suit as his teams competed in playoff games. He did. We Americans are intrigued by the conflict that ensues between social pressures and personal beliefs. Is this a bad thing? I think not.

Such questions are part of American culture today. We are a religious people and we love our sports. We are consumers and we are consumed by professional sports as entertainment, as a force that builds community, as a source or joy and sorrow in our lives! I welcome your thoughts on this question.