Tiger Woods & Steve Williams: Another Look at Winning and Losing 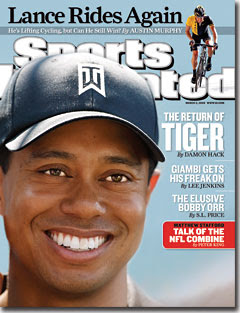 I hate to admit this, but when Tiger Woods returned to golf after the exposure of his sham of a marriage, I secretly hoped he would win the Masters. Yes, I read the Vanity Fair exposé piece, I heard the voicemail messages he left, and I even listened to all 15 minutes of his apology speech. Like many people I could not stand to look at the Sports Illustrated "Athlete of the Decade (2000-2009)." And yet, I waited with bated breath for his return. Quietly, I pulled for him. Why? How?

I wanted to see just how great an athlete he is. An athlete competes—its inherent in the definition of the word—and from that viewpoint alone, I wondered: Could check all that had happened at the door? Was that humanly possible?

Well, in the year plus that has passed since the fall-- sex rehab, his comeback and injuries have certainly proven one thing is true—Tiger is and was much more human that any of us thought possible. Being human means that we are capable of sin and redemption, even utter transformation. Easy to say, hard to believe. 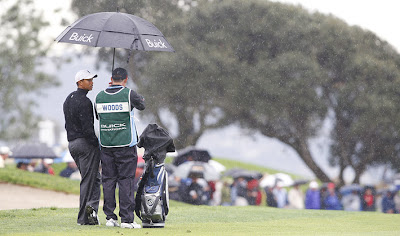 The irony for Tiger however is that transformation and redemption do indeed surround him. It seems as though it is happening to everyone but him—this two time former Sports Illustrated "Sportsman of The Year" (oh the irony, eh?)

Who can forget the emotional victory for Phil Mickelson in the 2010 Masters? His wife Amy, battling breast cancer summoned enough strength to congratulate him with their three children on the 18th hole. And who did not take great delight in Adam Scott’s victory on Sunday at W.G.C.-Bridgestone Invitational in Akron, Ohio. Tiger Woods finished the tournament at one over par, tied for 37th, and made $58,500. Scott finished 17-under, earned $1.4 million and who was by his side? None other than Tiger’s once beloved caddy, Steve Williams.

Williams, who had been at Woods’s side for 13 of his 14 major championships and the bulk of his 71 tour victories, had assisted Woods at Firestone Country Club, a course he had won seven times. Williams even picked up 10 percent of Scott’s $1.4 million first-place check, or $140,000; Woods earned $58,500. 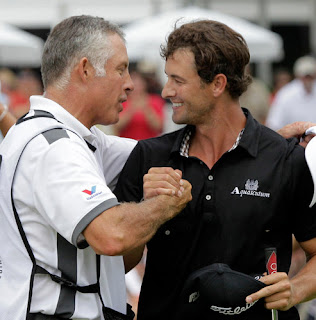 When Williams said “It’s the most satisfying win I’ve ever had. There’s no two ways about it. I’m not denying it.” you have to wonder what victory he was really talking about. Woods was the best man in his wedding. After his split from Greg Norman in 1989, the Kiwi vowed that he would never get that close to another golfer again. I’m sure he did; maybe Tiger didn’t allow it. Williams swore he did not know the extent of Tiger’s affairs. Based on what we have learned from Tiger and his dual life—perhaps he didn’t.

My students advocate for learning from your mistakes—and they should. We all should. At the same time, I caution them about this because some of them are not reversible. Some mistakes have dire consequences and harm others, future lives and relationships—permanently. Unfortunately, in Tiger Woods we have a case study of where and how this is very true.