The Back Nine: John Daly & Me 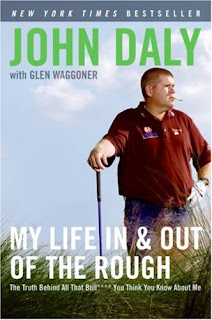 Originally, this posting was to serve as a book review of John Daly’s autobiography “My Life In and Out of the Rough: The Truth Behind All that Bull**** You Think You Know About Me” but, truly there are few redeeming qualities to this bestseller. It is the same read as Priscilla Presley’s “Elvis & Me.” I am no speed reader, but for some reason that book captivated my imagination for a fortnight—kidding—rather in just a few hours. I devoured it cover to cover; I enjoyed reading such an intimate portrait of “The King.” Elvis was larger than life—literally and figuratively, and somehow, someway, so is John Daly.

The book is more about his life “in the rough,” than out of it. The New York Times said “Daly’s book is a chart of celebration and self-destruction and selfishness…” He made claims to his assorted addictions—alcohol, gambling, chocolate and sex. (Do you know how much chocolate one has to eat to be addicted to it?) Thanks to Tiger’s recent” transgressions” we know the image of golf as a “gentleman’s game” is a façade. 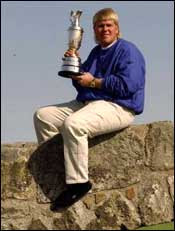 Yet, his tales about how he came to play in his first PGA tour event and winning the British Open in a play-off on the Old Course at St. Andrews hold their own weight. Minus the way most golf stories include one to two parts addiction, their entertainment value is high and the reader can’t help but understand why the crowd loves “Big John.”

Daly wrote this book in 2006, shortly after his 40th birthday. Today, his name reappears every so often on the tour and my guess is he is still battling the same demons. But, as he so candidly reports “I’m lucky: I was born with a special talent for hitting a little white ball and making people happy. I’m really and truly optimistic: I think I’m going to do even better on the back nine.”

The Back Nine...for John Daly I’m sure he is referring to his next 40 years. For others, the back nine is a analogous to a watershed moment and for me, it is my life before I was diagnosed with my heart condition, ARVD. I am coming to terms with the reality that my life is going to be much different. The type and amount of physical activity and exercise I can now do, is limited and needs to be monitored. However, I am grateful to be in the game; it could have been a nine-hole course. 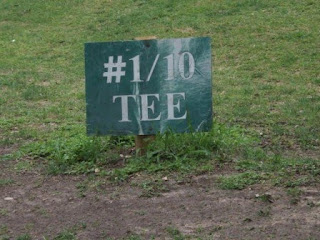 As I have been learning more about my health, I know there are courses that are much more challenging out there. Some have longer greens, others face more wind or adverse weather conditions. For example, I think of a young, beautiful Haitian professional dancer named Fabienne Jean. The TODAY show gave a report on July 12, six months after the earthquake in Haiti took lives and livelihoods of tens of thousands of people And, it took the soul of Fabienne when, she lost her leg. It was heart wrenching to see a once graceful fluid dancer, now an amputee just sitting day in and day out, on a plastic chair, along the roadside in her village. It looked as though she were waiting for someone or something, but considering the dire needs of so many people in her country, I could not imagine what. I thought about her “back nine” and could only see bunkers, bogeys…a whole lot of rough.

But “the Lord hears the cry of the poor. Blest be the Lord.” Fabienne reveals the truth in Psalm 34 as a company from the United States delivered and fit hundreds of men, women and children with prosthesis. It was and honor and a privilege to see this woman liberated with a prosthetic, to see her spirit come alive once again and to witness her total freedom as she expressed herself through dance. She may dance differently, but she dances again. I can’t wait to see what she does in the back nine. 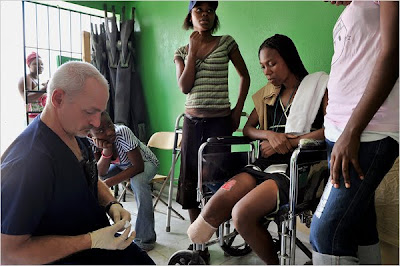 As John struggled and battled on his front nine, I wished he had a strong faith in God to lead and guide him. He admits “I’m not a real religious person. My relationship with God is personal. But I think I was put here on earth for a purpose, and that purpose has to do with helping people. Everybody’s always asking me how come people love you so much? Is it because you hit a golf ball a long way? I don’t think so. Maybe at first, but shit, there are a lot of guys out there now who hit the ball just as far as I do. I think people love me because they know—they feel—that I love them. And I do."

As nonredeemable as John Daly’s story may be, it’s true. He loves people and the fans love him. I hope he will let these words guide his back nine. We’ll be there giving him high fives and chanting “Champions Come from the Heart.” At least I will….