Tomorrow, April 19 is the third Monday of the month which means the Commonwealth of Massachusetts (can you name the other 3?) and the State of Maine will celebrate Patriots’ Day. While this civic holiday commemorates the anniversary of the first battles of the American Revolutionary War, it also shares recognition with the world's oldest annual marathon, the Boston Marathon. Now it in 114th year, the Boston Marathon is one of the world's best-known road racing events. It is exclusive, competitive and rife with tradition, three characteristics that are synonymous with the very idea of a marathon.

According to The Marathon run turns 2,500 in Greece, and Boston, Jimmy Golen, AP sports writer notes that “Monday's Boston Marathon will help kick off a year of celebration to mark two and a half millennia since the Battle of Marathon that gave birth to the 26.2-mile race. Historians say the victory by the outnumbered Greeks over the Persians on the Plains of Marathon might have saved democracy. According to legend, a Greek messenger ran from Marathon to Athens to spread the news of the victory. After arriving, he said, "Rejoice, we conquer." And then he died of exhaustion.” 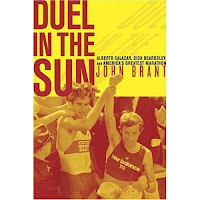 This three-part blog posting will feature two-time Boston marathon championship runner, Alberto Salazar. Salazar is known as the victor of the epic “Duel in the Sun,” the 1982 Boston Marathon. Fighting his opponent Dick Beardsley through 26 miles into the noonday sun, he pulled away in an exciting sprint finish and collapsed at the end. Similar to that first marathon runner, Salazar testifies to the way running and his faith has afforded him with a platform where he has rejoiced and conquered. Unlike that first marathon runner, he did not die, but he has come remarkably close not once, but many times.

Alberto Salazar: In running and in faith, Death has no victory

At the young age of twelve, Alberto Salazar was certain of two things:
1. He could run forever and
2. With prayer, he wasn’t afraid to die.
As a former marathon world record holder and someone who has stood at death’s door several times, Salazar’s bold claims were prophetic. What may be even more surprising is the way in which one claim has proven the other to true.

Salazar first realized he was a distance runner at St. Bartholomew’s elementary school in Needham, MA at the annual school field day, Salazar did not fare well in the sprint races, but when he heard the longest run was a 600 meter race, he thought “Well, that’s a distance race. I’m going to win that.” And on that day he won the first and perhaps shortest race of an incredible running career. 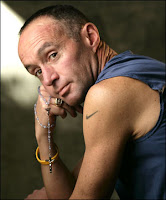 Something more than a successful distance runner was born that day. Beyond the organized races, Salazar recalls what he learned from a game best described as “group tag”—one person is “it” and tags another who also becomes “it” and that continues until everyone is tagged. “I wasn’t the fastest” he said, “but I figured if I could run straight away from people and run far, they couldn’t catch me. I could make them tired and consequently, I was always the last kid singled out. I remember advising them, ‘if you want to catch me, you need to organize a relay team. Get two or three guys, come out, and get another two or three who will then have the stamina to tag me.’ In sixth grade, I already had it figured out that I could run forever.”