The Paradox of The Blind Side 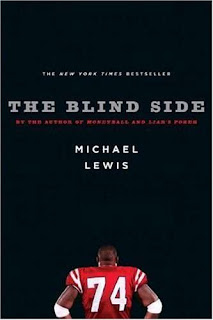 It’s Oscar time! And Sandra Bullock is favored to win “Best Actress” for her role as Leigh Anne Tuohy in “The Blind Side.” The movie, based on the New York Times best-selling “The Blind Side: The Evolution of the Game” is the first book to hit the big screen by Michael Lewis—author of “Moneyball” and a fantastically witty memoir “Coach: Lessons on the Game of Life.” Lewis fans will recognize the greatest discrepancy between the two is the film’s lack of emphasis on the game of football and the over-emphasis on the efforts of Leigh Anne Tuohy in Michael Oher’s “salvation.”

Lewis thoroughly yet artfully explains how Bill Parcell’s defensive minded genius and Bill Walsh’s “West Coach Offense” changed the game. Enter in one Lawrence Taylor, a hall of fame linebacker who played 8 years for Parcells and the philosophy “defense wins games” becomes truth. Find a fast and furious left tackle to against such a player, one who can defend “the blind side” of the quarterback and we have another story. In fact, we have this story. 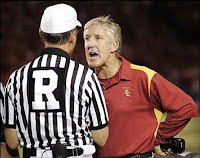 While my dad, the son of a football coach, and my uncle, a Pac-10 referee read the book and reveled in its technical details, after all—they speak English as a second language, I needed the example and testimony of “LT” to understand it. It’s a shame the movie relegated the “back story” to nothing more than the opening credits. This is a loss not only because Taylor is a maniac, 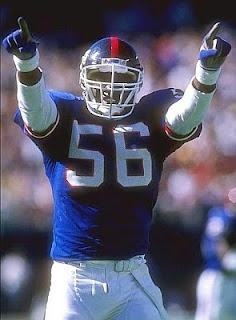 After his first NFL season Taylor became the only rookie ever named the league’s most valuable defensive player and he published a treatise on his art. "I don’t like to just wrap the quarter back" he explained "I really try to make him see seven fingers when they hold up three….So long as the guy is holding the ball, I intend to hurt him…If I hit the guy right, I’ll hit a nerve and he’ll feel electrocuted, he forget for a few seconds that he’s on a football field.”

but also because anytime you learn a foreign language—even in the form of “x’s and o’s”—you broaden your perspective and appreciation of what you already know.

Make no mistake about it; the viewer of the movie will know that Leigh Anne Tuohy “speaks football;” she has a strong understanding of the game and the skill sets each player needs. But in terms of the human interest focus of the movie, with all due respect to Sandra, or should I say Leigh Anne (?) many more than she extend a hand to Michael. It’s true, Leigh Anne urges her husband to pull over when they see Michael dressed in shorts, walking in the snow and it is because of her tenacity that the one dream Michael clearly, almost forcefully articulates—to get his driver’s license is made possible. Such focus on Leigh Anne however, leads the viewer to believe her husband, Sean Tuohy was at best, nominally involved in all of this. In actuality, Sean understood Michael like few others because he knew

what it meant to be a poor kid in a private school, because he’d been one himself. First off, none of the rich kids realized that one big difference between public schools and private schools is that in public schools, lunch was free. Every day for several years in high school Sean arrived without lunch, or money to buy it, and bummed what he could from friends. "When food is finite" he said, "you’d be surprised how much time you spend thinking about it." He also knew what is like to think of sports as a meal ticket. He knew what basketball was able to provide.

Without the “back story” you have a Christian family extending their hand to a needy foster child; without Sean Tuohy I’m not sure you have this story. 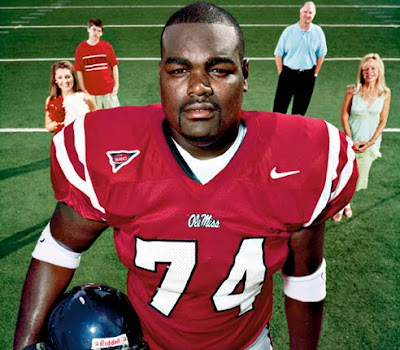 Perhaps it is because Bullock is the producer, but the director decided to focus on the “strange and wonderful relationship” that emerged between Michael Oher and the Leigh Anne Tuohy and her family. When asked about it, the real Leigh Anne remarked “Michael moved in to live with us full time and it had a much greater impact on our lives than we did on his life.” I hear her words and I think "of course he had a big impact." In fact, few people are bigger than Michael Oher. Lewis reports “One of the coaches took him into the gym and put him on the scale, but he overloaded the scale. The team doctor drove him away and put him on what the Briarcrest coaches were later informed was a cattle scale: 344 pounds, it read.” When it came time to clothe Michael, imparting a Corporal Work of Mercy, Leigh Anne contacted one of her clients, Patrick Ramsey—then quarterback of the Washington Redskins.

She “gave him Michael’s measurements….A few days later he called back “You’ve got these measurements wrong, he said, matter-of-factly. She explained that she had taken the measuresments herself, and written them down on a piece of paper. It must be Patrick who had them wrong. He read them back to her—20 inch neck, 40-inch sleeve, 50-inch waist, 58-inch chest, etc. nope, he had them right. “There’s no one on our team as big as he is,” Ramsey said.

And then, I think Leigh Anne is a incredibly generous and loving human being; she is a devout Christian. Of course she would say that. But the reality is Michael was “couch surfing” at best; he was homeless. He had been to 11 different schools in 9 years. Among his peers, he was one of the few to leave the projects in East Memphis where he grew up. Because of the Tuohys, he had his first “real” bed, he was privy to a tutor who helped him graduate from Briarcrest Christian High School and he earned a full athletic scholarship to Ole Miss. In 2009, he was the twenty third player taken in the NFL draft.

Yet, Leigh Anne’s testimony speaks to paradox that colors our world. As a teacher, I am often the learner, when a man or woman becomes a parent they are often transformed to a better son or daughter themselves. And paradox is at the heart of Christian faith. St. Francis said “it is in the giving that we receive,” scripture is rife with it “the first shall be last,” and Jesus’ entire life modeled it. He came as a servant leader, in His death we have new life. 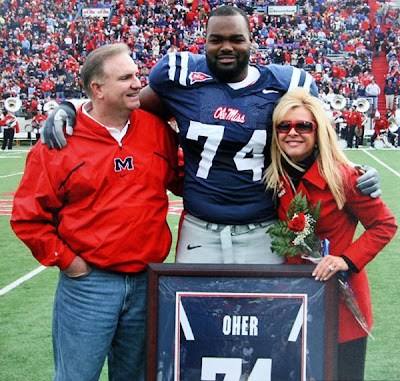 Michael Oher is one giant paradox. Despite his sheer mass, he is fast and incredibly agile. I could go on and on with chronicles from the book--he could throw the football over 70 yards with ease, he lost interest in throwing the shotput and discus because it was "too easy." He has everything it takes to excel as a left tackle; to protect “the blind side.” And once again here lies the paradox, he needed his own to get there. We are all the quarterback in "the Game of Life." We all need someone to protect our blind side.
Posted by Anne Stricherz at 10:55 AM