When you hear the name "Kenny G," what comes to mind? Smooth Jazz? Is an image of his Christmas CD that has been left in the faculty room for the past 12 years? Maybe it is his questionable hair style. Yay or Nay ladies? For me, Kenneth Gorelick, known to most people as "Kenny G" is the third and final example of embracing my philosophy of low to no expectations. Here's the scoop. 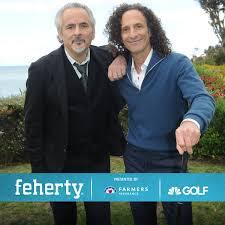 Feherty is one of my favorite shows on television. I am partial to non-fiction and take to a good biography. Feherty offers both, and yet so much more. As written on NBC Golf

David Feherty has been with Golf Channel since 2011, as host of his popular, Emmy-nominated self-titled talk show Feherty. The show originally debuted in June 2011 as the most-watched original series in Golf Channel history. Feherty received an Emmy nomination in 2014 for “Outstanding Sports Personality.” In 2015, Feherty signed an extension of his award-winning Golf Channel series, joining NBC Sports Group and NBCUniversal exclusively, as well as Golf Channel on NBC’s PGA TOUR tournament production team as an on-course and tower analyst, a role he has held in the industry since retiring from professional golf in 1996.

I have anticipated the interview of certain guests with tremendous excitement. With others, I try to watch at least 10 minutes before I decide whether or not to move on. When I saw Kenny G as the latest episode, I was not totally surprised. I had heard he is a scratch golfer. I was familiar with the fact he plays in the AT&T Pebble Beach Pro-Am from time to time. Never in a million years did I expect to enjoy this show as much as I did. Never. My expectations were at a bare minimum, but Kenny's story can't spoke for itself....and fast. 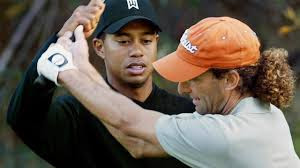 I loved the intersection on golf, music, self improvement, hard work and the quest for excellence that this interview brought to light. One of Kenny G's most popular songs is entitled "Songbird." The video is terrible; the man—the musician behind it is incredible. Please don't take my word for it. Go in expecting the worst....you'll be delighted from the first minute on.