American author Barry Lopez has penned one of my favorite quotes of all time. In Crow and Weasel he writes, “If stories come to you, care for them. And learn to give them away where they are needed. Sometimes a person needs a story more than food to stay alive.” This is a message I use in Sports and Spirituality every year, in talks I give to coaches and even on retreats I have led. There is truth, power and beauty in something as simple as a story.
Recently, I have given more thought to what—if any stories—I am giving away right now. And to who are they going? The narrative of life as we know it has certainly changed; so have the stories. And yet we are in need of the nourishment that only good story can give.
Last week I wrote about and shared the story of Rafael Nadal. Learning about his ancestral home, this island community and its connection to his family from the 60 Minutes interview sustained  me in a way that only stories do and that maybe, I have forgotten. I gave that story away to friends—those I know who love tennis. others who speak Spanish and happen to like Rafa. The story cost nothing but it brought me joy and my joy increased as I did.
This past Sunday, Father Tom Doyle—the presider of my virtual community of faith —reminded us that the most important story we can teach to children is the Gospel. I cannot disagree. We must pass on the story of the life, death and resurrection of Jesus if we are to live and love our faith.
And so with this blog posting, I would like to share the story of three different people (and me) who have been interviewed and profiled on Catholic Sports Radio. This weekly podcast is hosted by a warm and amiable veteran broadcaster, Bruce Wawrzyniak. As the creator of program Wawrzyniak wanted a program where religion and sports come together providing listeners with valuable insights for their personal, business, and athletic life. Mission accomplished, Bruce!
The reason I think these four podcasts are wroth listening to is because each person bears witness to their faith in a dynamic, inspiring and unique way. No one is overly pious; each person is relatable. Sports may be the common theme or thread among those chosen to speak, but to me, it is the way the Gospel has underscored their life that is worth learning, caring for, giving away and sustaining us further. Pass on and enjoy!
My favorite: Episode 63 features Sherrie Retif, 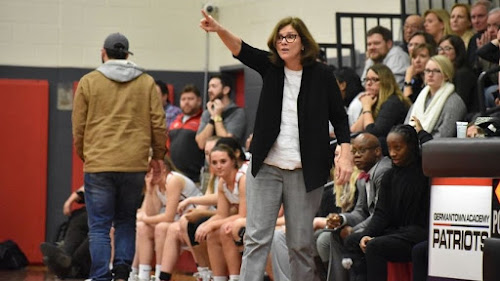 She has been the head coach of the varsity girls basketball team at Germantown Academy for more than 20 years.  Her teams have captured the Inter-Academic Athletic League Championship 19 times, including a streak of 14 consecutive titles and 109 straight Inter-Ac victories. She had previously coached in New Orleans, where her teams captured back-to-back City Championships. She played basketball for the Tulane Green Wave and was inducted into the Tulane University Hall of Fame. In later years she was inducted into the Montgomery County Coaches Hall of Fame. In “Perspective on Youth Sport and Spirituality,” published by Notre Dame Press in 2015, she contributed a chapter on best practices. And, she co-authored a handbook called, “More Than a Game, Stories, Prayers and Reflections for the Student Athlete.”
“The more we see Christ in others, Christ will grow in ourselves.”
“It doesn’t have to be all about winning on the scoreboard, it’s about winning in life.”
Take Note:
Episode 42 with Haley Scott DeMaria 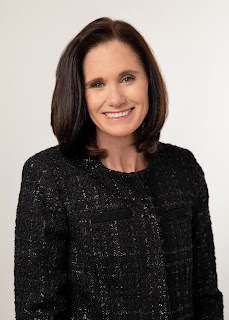 In college she was left paralyzed with a broken back after a bus accident involving her swim team from the University of Notre Dame, with two teammates having been killed instantly.  After five back operations and being told she wouldn’t walk, not to mention swim again, miraculously, she returned to competitive swimming for Notre Dame 21 months after the bus accident and her injury.  Her 2008 book, What Though The Odds, details what she went through and her “journey of faith and triumph.”  She later became Assistant Swim Coach at Xavier College Prep, the all-girls Catholic high school in Phoenix that she had attended.  She also talks here about two pilgrimages this and two years ago that she says reignited her faith and commitment to service.
“I have always believed truly and know – because I felt it – that it was not my faith that got me through this, but it was the faith of everyone around me.”

“It really is a testament to the faith environment where we were.”

“The beauty of my story is that it was awful and life is still beautiful.”
Take Note:
Episode 76. Anne Stricherz 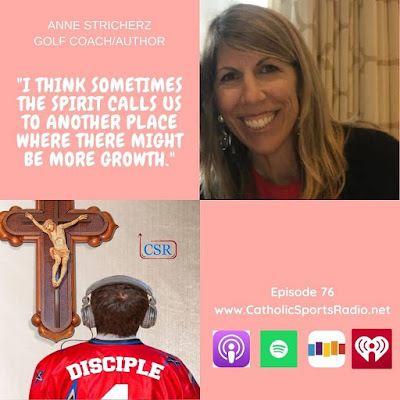 No need for a bio here! Hopefully my remarks will offer new insight into sports and spirituality.

“Golf became, not only I would say maybe a necessity, but a reality, and I see that as a sign of God’s mercy to me.”
“In those conversations I would find out about these fantastic ways that coaches were including their faith with their sport.  And I just kind of started to collect them, collect the examples.”
Episode 77: Frank Allocco 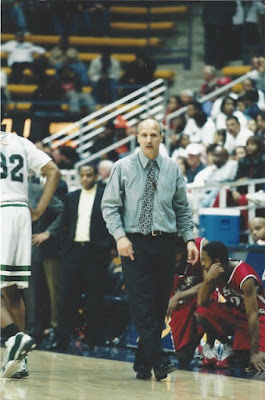 The Executive Sr. Associate Athletics Director for External Relations at the University of San Francisco (a Catholic school).  He won 17 league championships and two Division I state championships in 18 years at De La Salle High School in Concord, California, and has coached and/or been a speaker at basketball camps from China to Belgium to Canada. As a college athlete he played football and basketball at Notre Dame.  He is also an inductee to the Sports Faith International Hall of Fame.
“Anytime I’ve hit adversity in my life or disappointment, I think that I’m blessed to feel just a portion of what Christ felt when He sacrificed and what He went through.”
“The lesson I learned from that was, the success of any venture will be determined by the spirit in which it was entered.”
Take Note:
Photo Credits
All Images from Catholic Sports Radio
Posted by Anne Stricherz at 10:55 PM