The Athletics have a long and colorful history. The team, founded in 1901 in Philadelphia, relocated to Kansas City in 1954 until 1968 when the franchise moved west. When the owner, Chuck Finley decided to take his team out of KC, Stuart Symington—a US Senator (Missouri) called Oakland "the luckiest city since Hiroshima." 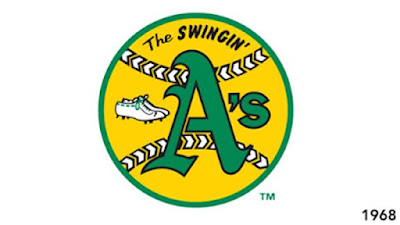 In a small way, it bothers me that reading that quote made me laugh out loud.

Today marks the 70th anniversary of the US bombing of Hiroshima. The United States is the first and only country to use atomic weaponry during wartime. It is also the Feast of the

Transfiguration. I find some symbolism in a shared date of infamy and of glory. If there's an American City in need to transfiguration, Oakland is high on that list. Would it be too bold to believe that a Major League baseball team could play a role in another transfiguration? I think not. But that's not my question for this blog posting. 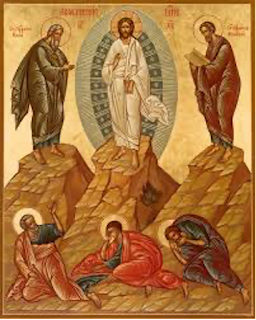 I grew up in Walnut Creek, but 20 miles from the Oakland Coliseum—or O.co Coliseum, the home of the Oakland A's. Most people figure me to be an A's fan. I love the East Bay and still wax poetic about it as often as I can. But my team always has been and remains a ball club that resides across the Bay—the San Francisco Giants. It's very easy to be a Giants fan these days. But for many years, and on the "even" years of late, not so much. So when I ask my question, please know it is not from a place of pity—I've been there. I don't mean to sound pedantic, but I am genuinely interested: Why would anyone be an A's fan?

It has to be frustrating to follow a team knowing that your star players more likely than not will be on another team next year....if not next month. I think about athletes like Josh Donaldson, a 2015 All Star, who played in Oaktown but last year. Or David Kazmir....do you think twice before buying a jersey like his? Does it bother you that the General Manager, Billy Beane, keeps the payroll among the lowest in baseball because of something other than Moneyball? Revenue sharing among owners in the league takes on a new perspective when you own one-third of the team. Granted, the A's don't have the worst record in MLB, but they are in last place in the AL West. And no one is singing praises about their "ball park experience" at the Coliseum. Tell me A's fans, what's up?
But to know about the Athletics is to know they have a strange, though interesting history. Perhaps this what A's fan love about them. As written in "The Meaning of Sports," Michael Mandelbaum states,


The team's leading personality was its owner, Charles O. Finley, who had made a modest fortune selling insurance. He believed that baseball had become too stodgy. To enliven it, he paid his players bonuses to grow mustaches and assigned them colorful nicknames...He proposed a number of innovations, some of which, such as night World Series games and brightly colored uniforms to replace what he called "eggshell white" and "prison grey" of the standard home and road baseball wear, were widely adopted. Others, the idea of coloring baseballs orange for better visibility, for example, were not. Finley was what sportswriters have traditionally called colorful, but like the other highly visible owner of the period, the Yankees' George Steinbrenner, he was not lovable.

I have to admit when I hear the song "Celebration" by Kool N the Gang, I think of the A's. They earned it with three World Series titles IN A ROW (1972-1974) It is still something to marvel at! I'm fascinated by those clubs—evidently they hated one another, but they sure looked bitchin' in their white cleats.

Your story adds to the narrative that only baseball can afford. You've had win streaks of 20 games when your team had no business pulling it off. You beat us in the 1989 Bay Bridge Series. The Bash Brothers reigned supreme. In a recent issue of the Athletic magazine, I was entertained by the questions for your fans. Keep telling your story Oakland. I'm listening. And should you move to Jack London Square someday, I will be there to witness what I would love to see as another sort of Transfiguration. 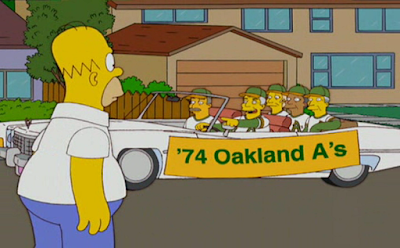 Posted by Anne Stricherz at 4:18 AM