De La Salle basketball coach Frank Allocco returned to my Sports and Spirituality class to share with my seniors all he has learned by way of "Buried Blessings and Lofty Dreams."  I will be writing about his words of wisdom in a posting soon, but our conversation revealed to me how and why I returned to Oracle Areana to watch the Golden State Warriors once again. 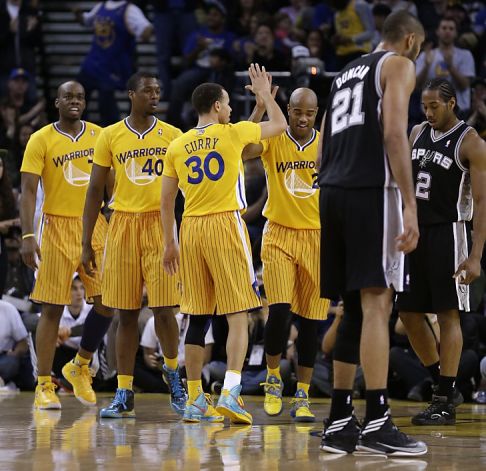 As reported in "Part I," after what is now known as "Boo-gate," I wasn't sure I would be back.  The price of one evening to watch an NBA game is outrageous.  It was hard for me to justify the cost of the ticket and parking for a live sporting event that had all but alienated me.  The vulgarity of fans around me, the role of women in the event (or lack thereof) and even the competition itself, left me....disgusted and disappointed.  I knew it could be different.  Those who love the game of basketball would agree.

Coach Allocco sits on a committee commissioned by Nike to discuss and determine how to "fix" basketball. There is a strong sense that the game we see played today is far from what it was created to be.  Nike wanted to lead the conversation to dream and discover how coaches and players can work together to re-emphasize the fundamentals of the game, bring back defense, renew the importance of each position and reinvigorate the value of selflessness to team work. 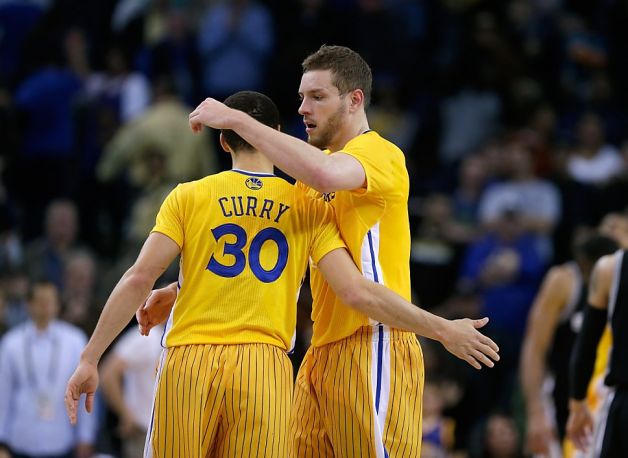 Coach Allocco came to my classroom the day after the Warriors defeated the Denver Nuggets in the first round of the NBA playoffs.  I asked him if he had followed the series.  He said, "I don't watch the NBA.  It showcases all that is wrong with the game.  Players don't even focus until the fourth quarter.  My son, Frank Junior said Dad, you got to watch the Warriors.  They're different.  I sat down with him and watched the entire game.  I can't believe how much fun they are to watch."  I couldn't agree more. 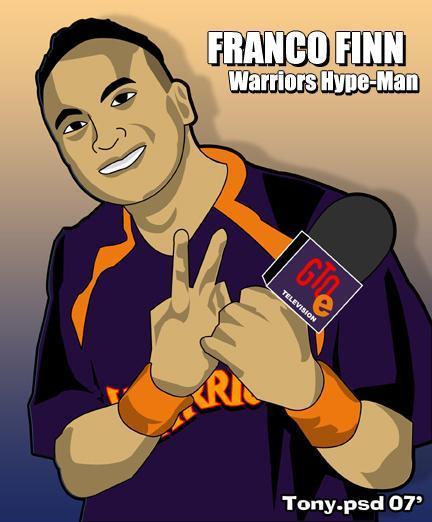 Such words are easy to say once the post-season is underway, but this perception is one I first became aware of early on in the 2012-2013 season.  I remember talking to Franco Finn, the Warriors hype-man, MC and media personality at our faculty Christmas party.  He warned me about this team. He said they were different.  "They are a young team and have fresh energy.  It's really exciting."  His message was consistent with the manifold positive "particles" Murph and Mac were sharing on the air in the winter months.

I have to admit, I was still comfortable harboring suspicion about all things Golden State but the ice was melting.  When my brother wrote his own praise via Facebook for the world to see "Prediction: The Golden State Warriors will make the playoffs this season. When you blow out a good team on the road like the Hawks, you don't stay home in May. (By the way, I may have been dead wrong about Mark Jackson's coaching skills)" I knew it was time for me to follow the words of both Jesus and the Buddha. "Come and See."

Could I do it?  Would I?  Confronted with a birthday gift of a ticket for the game against the San Antonio Spurs on February 22, 2013, I had to make a choice.

It was certainly a test...and one that says it all about this team.  The Warriors hadn't beaten the Spurs at home since January 2008.  What did they do?  They managed to sell-out Oracle for the 16th straight game.  They took the game into overtime and they won by six points.  As reported in SFGate.com "It was just a beautiful win for us," coach Mark Jackson said. "We had every opportunity to hang our heads and fold the tent. We had fought a good fight, and for some that would have been enough. For us, we continued to battle and got an incredible win." 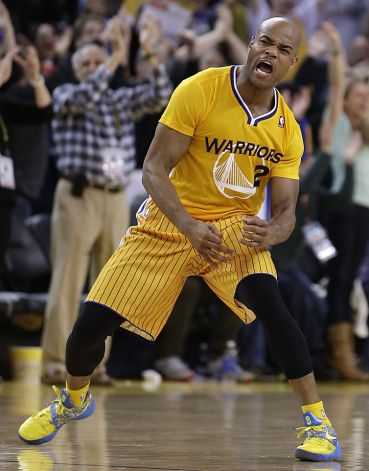 The tickets were still pricey, the fans still questionable, and the role of women still worth discussing, but the team itself....they really were different.  For one, they were a team. They had a true center, a sixth man that has earned his nickname "Jack-Attack"and a forward who became the Warriors' first All-Star since 1997.  The irony in David Lee's nomination is that the true star of the team--Steph Curry wasn't even nominated.

The match-up against the Spurs in both February and in the second round of the playoffs, despite its outcome spawned a much different conversation than the one Coach Allocco was having with Nike.  Fans everywhere were talking about this brand of basketball.  Players were setting screens and passing.  Stars were shooting from inside and outside the paint.  The Warriors met their match; the Spurs were quiet assassins taking their opponent down slowly but surely with sound fundamentals, great shooting and honest teamwork.

There was a moment during Game 6 when the Warriors came within 3 points of the Spurs who had led the entire game. The momentum was swinging back to Golden State and for one brief instant, we thought victory was entirely possible.  I stood to my feet and yelled "YEAH!" with an enthusiasm so real and so strong.  It was an awesome feeling.

Moments later, the Spurs did what they do and regained the lead only to close.  The win was slipping away, but something stayed with me.  The joy of an incredible ride...and awesome season....a team that made all things new. 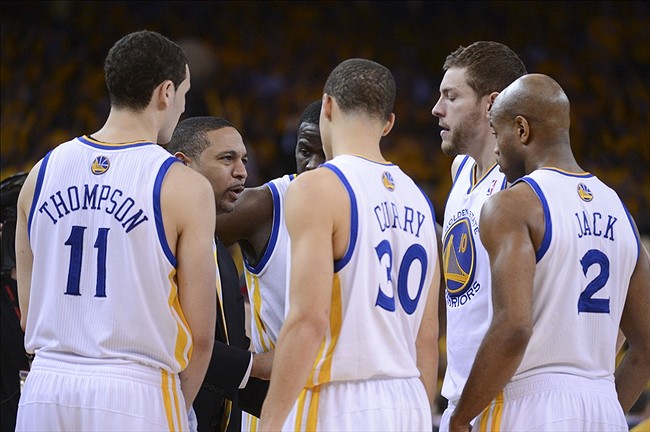 If that sentiment doesn't speak for itself, I think the post-game gathering should.  The Warriors hugged and congratulated their opponents and one another. Coach Jackson had tears in his eyes as did hundreds of fans.  Curry and Lee gathered the team in a huddle and on "break" yelled "Just-Us."

Those words said it all.  Only that team could do what I wasn't sure was possible. Thanks Warriors for bringing me back.  Thanks for the moments and the memories--very sweet.

What was broken, is fixed on the hardwood...let's see about tending to what is left...

Posted by Anne Stricherz at 4:44 PM