The third discussion guide for The Last Dance: Episodes 5 and 6 focused on the humanity of Michael Jordan. Perhaps I should have saved that theme for Episode 7 or 8 or just name this one "redux." Instead, I would like to call this one "break."

I say that because I am going to take a break from creating the questions. With the absence of major professional sporting events in the United States, every last sports writer, their mother AND their father are writing about "The Last Dance." What they have written, their context and history, knowledge of the players, the league, and leadership is more than substantial. It's infinite, it's unyielding and it's also amazing. As I say often, let's leave it to the pros.  Done. 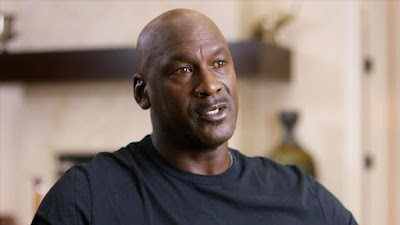 Before I do that however, I must say  that so far, the most poignant moment of the entire series occurred at the conclusion of Episode 7, when a tearful Jordan explains his character. Jordan’s response is one of the most interesting portions of the film thus far. He says he was just holding his teammates to the same standard he held himself. He adds “Look, I don’t have to do this, I’m only doing it because it is who I am. That’s how I played the game. That was my mentality. If you don’t wanna play that way, don’t play that way.” He chokes up in a way that is different than when he talks about his father's death. He brings the conversation and the camera to a close—quickly. His personal timeout—the "break"—followed by tears, prompts more questions then gives answers. Do you agree? 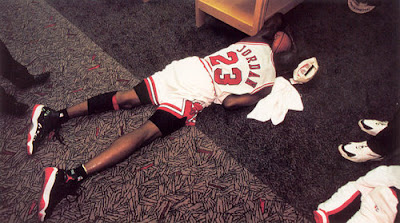 And yet, you know a series is good when the next episode eclipses what you once thought to be the highlight. What is not said and what needs no explanation is captured in the final scene of Episode 8. The very fact the camera was in the locker room to record such a personal, emotional and vulnerable moment—MJ lying on the floor alone, sobbing and clutching a basketball on Father's Day is not something I could have ever predicted. Regardless of whether you like Jordan or not, I don't know how you can be human and not be silenced by this revelation. Kobe may have concluded his Hall of Fame speech with the words "Mamba Out." In this case, no words are necessary. Your thoughts?

The only question I have for you is this one. On the podcast "The Sports Reporters," co-host Mike Lupica admits that although he admires Jordan for what he has accomplished, "the more this goes along, the less I like him." I could not disagree more. In general, I tend to find the good and am sympathetic to most athletes and coaches. Even with the heat coming down from Jordan's teammates, who describe him as a bludgeon, I do—I like him ever more. You have now seen eight hours of footage. What's your take? 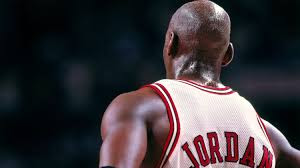 And for what it's worth, I will admit I like Scottie less and less. As written in the Chicago Tribune, "That postseason is remembered for Pippen refusing to leave the bench when Phil Jackson designates Toni Kukoc to take a last-second shot that beats the Knicks."

“We knew it was going to be a stain on his character,” Steve Kerr says of Pippen refusing to go in late against the Knicks, noting “the worst part was that we knew it was not Scottie’s character.”

To which Scottie says "It’s one of those incidents where I wish it never happened. But if I had a chance to do it over again, I probably wouldn‘t change it.”

I heard what he said and asked myself: Can those two statements BOTH be true? To me, there's a conflict....Your thoughts?
I'm going to sign off and let the hometown writers, take things from here. Phil Rosenthal's pieces each offer their own "best" insight—Best Anecdote, Best Vintage Clip, Best Insult, etc. that can continue the conversation until our shelter-in-place is entirely lifted.
"The Last Dance" comes to a close this coming Sunday, May 17. I am so grateful to have had the opportunity to revisit the music and the memories, to learn about complex people and competitors. I am already dreading the fact that it will come to a close....but as our time in quarantine and shelter in place does too, we have new talking points, better perspective, and a deeper appreciation for so much. I hope MJ is one of them....